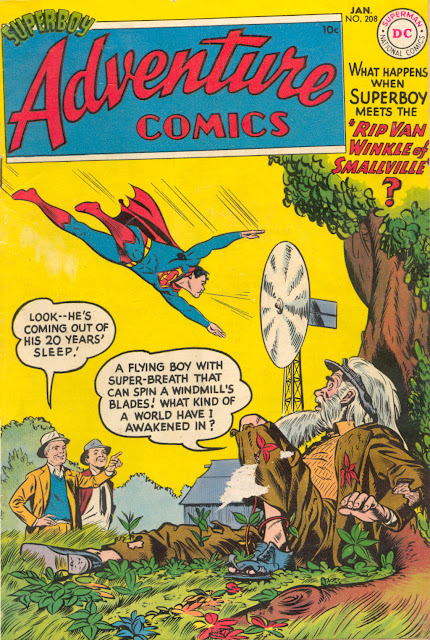 On the cover at least, we've reached yet another new year. By this point television is all the rage as evidenced by not only the HOWDY DOODY ad but also the increased merchandising of SUPERMAN in the wake of the TV show. With just three stories, pickings are starting to seem a little sparse. Note, though, that we're closing in on the point where DC starts reviving the super heroes with the new FLASH. It's often cited that only WONDER WOAN, BATMAN (and Robin) and SUPERMAN survived straight through. But we know better, don't we? AQUAMAN and GREEN ARROW (along with Speedy) have been here for ages already and aren't going anywhere at all as we move into the Silver Age. 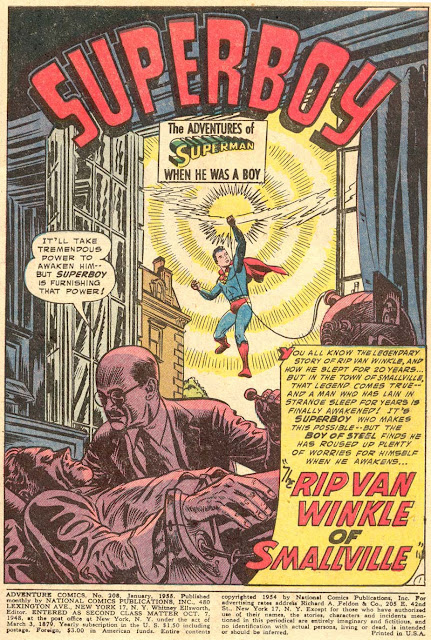 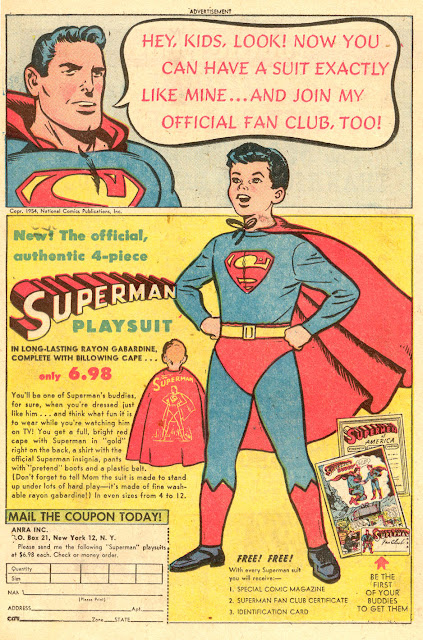 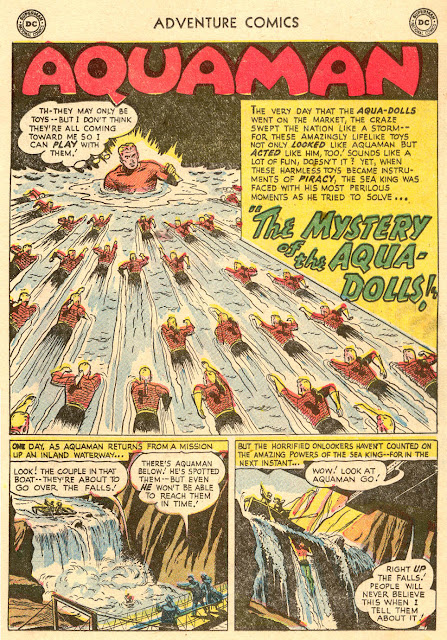 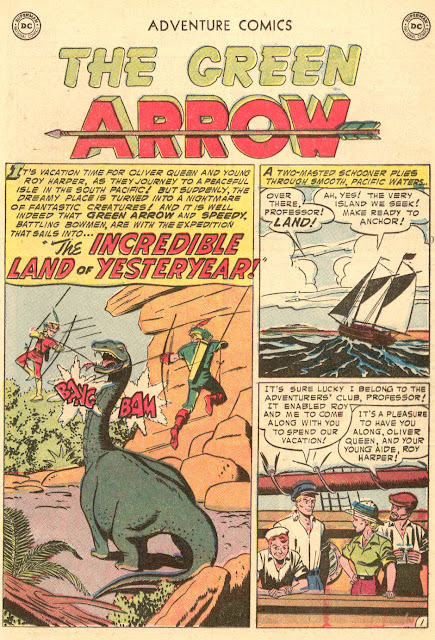 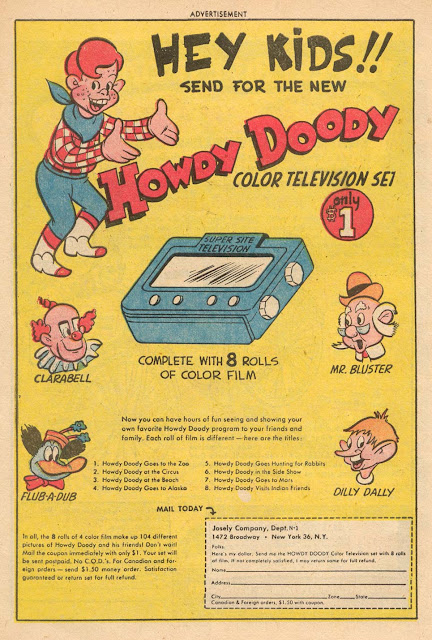