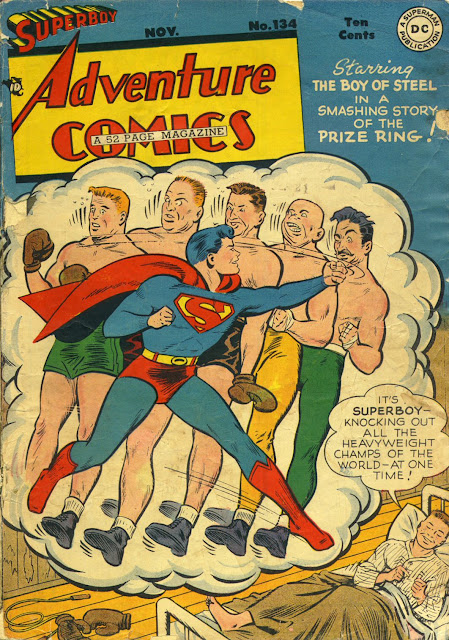 Another striking cover and yet another one that is just a copy of the interior splash. The real star of this issue os, for some bizarre reason, Cleveland Indians baseball pitcher Bob Feller! We first meet "Rapid Robert" on the inside front cover where we see that he appears as himself in the current issue of BOY COMMANDOS. Feller also stars in this issue's full-page Wheaties spotlight ad and finally turns up one more time at the back of the book in a Thom McCan ad--where one can get a "genuine facsimile" autograph! 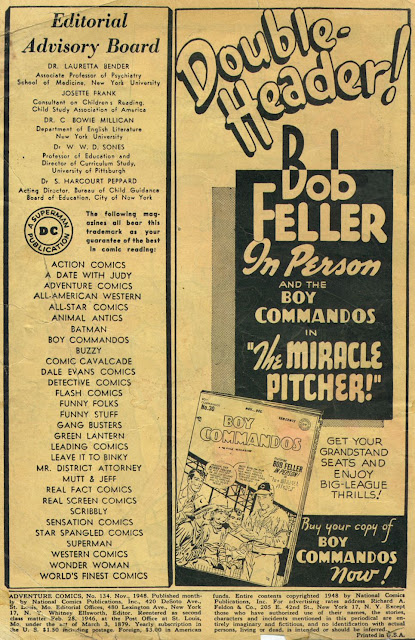 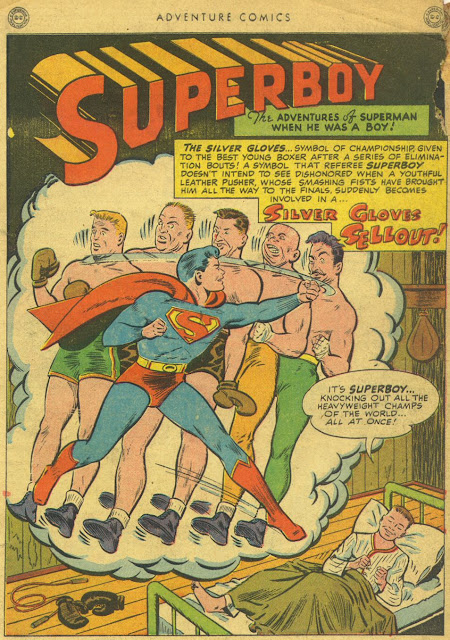 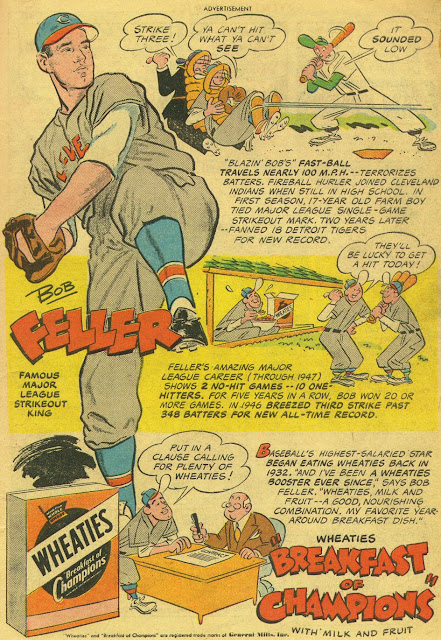 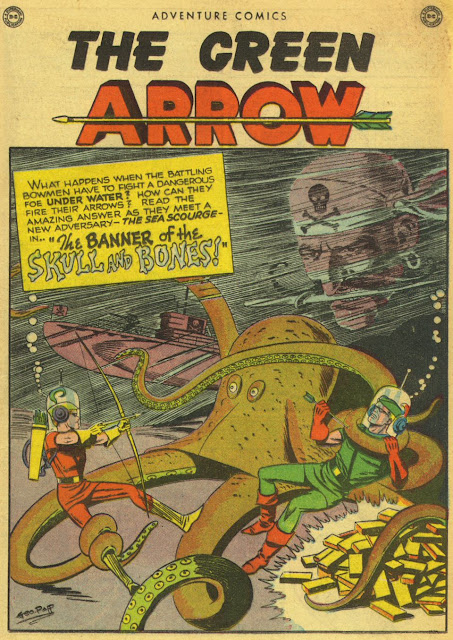 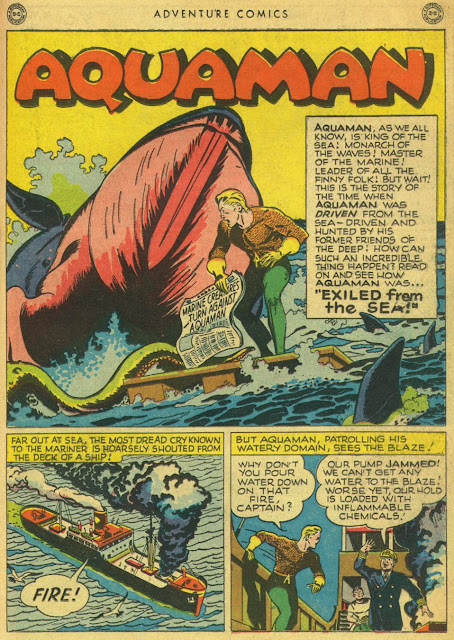 After all the Mort Meskin stories that became more and more stylized, it's a bit of a shock to see this JOHNNY QUICK story by Charles Sultan. Sultan was a good, solid comics artist who had come through the Eisner-Iger Shop and later the Harry A Chesler Shop. He did quite a few well-done but unremarkable comics before becoming a paperback editor and publisher later on. 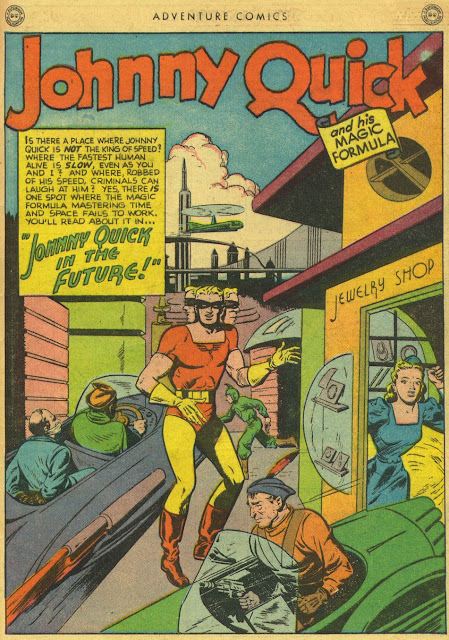 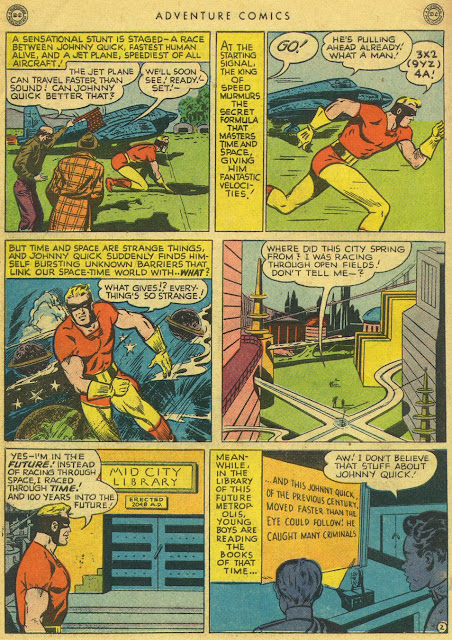 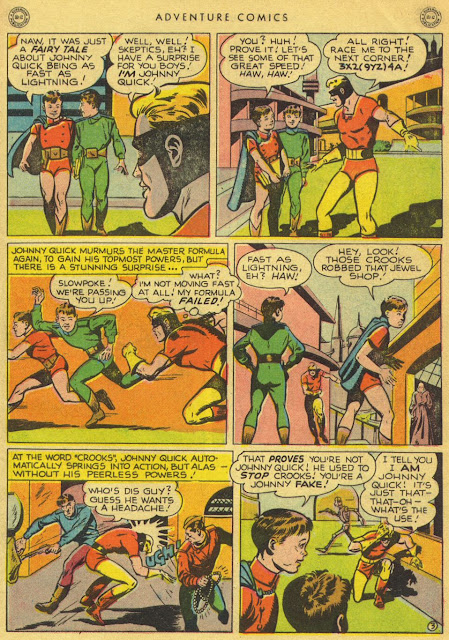 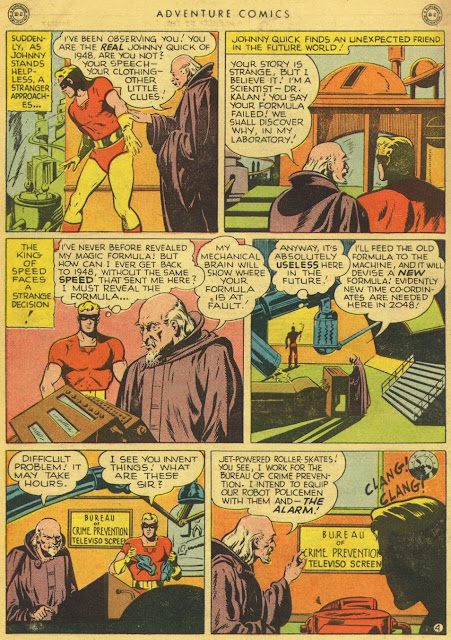 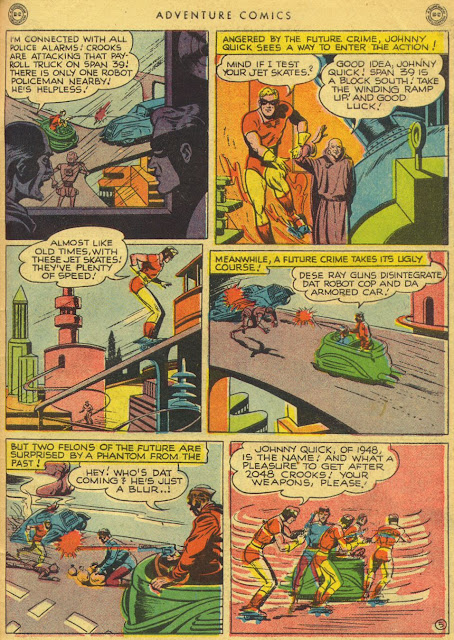 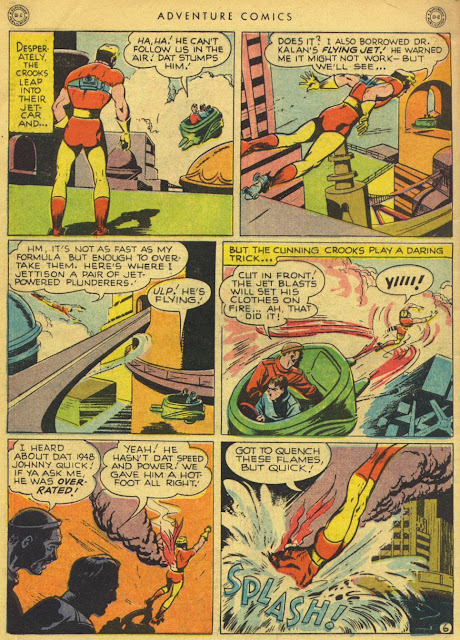 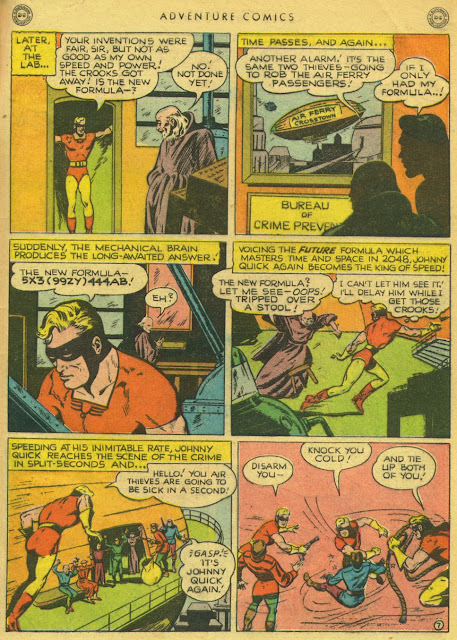 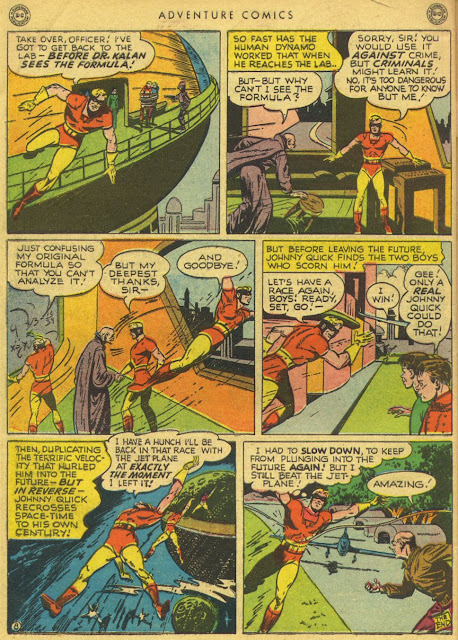 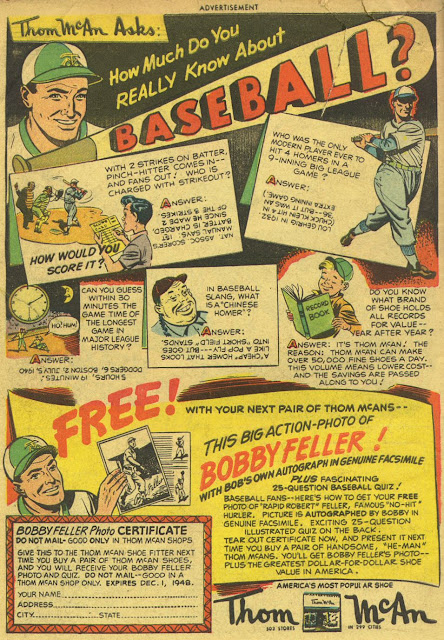