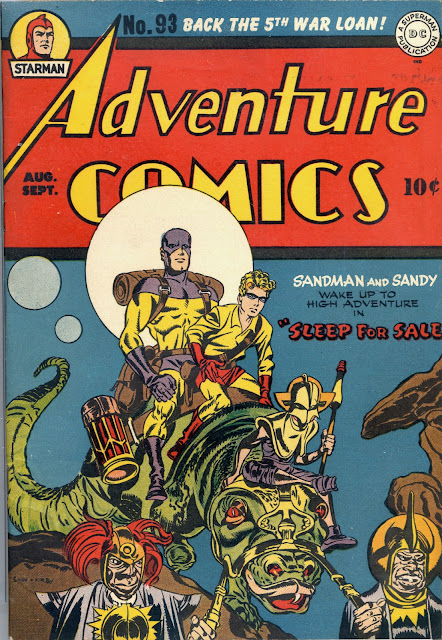 I'm willing to go out on a limb here and say that this striking cover really is Kirby! The story inside, however, is just as clearly not. NOte more wartime support for the 5th War Loan. 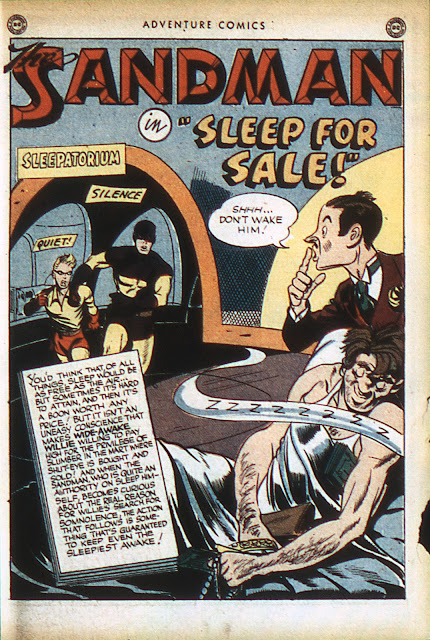 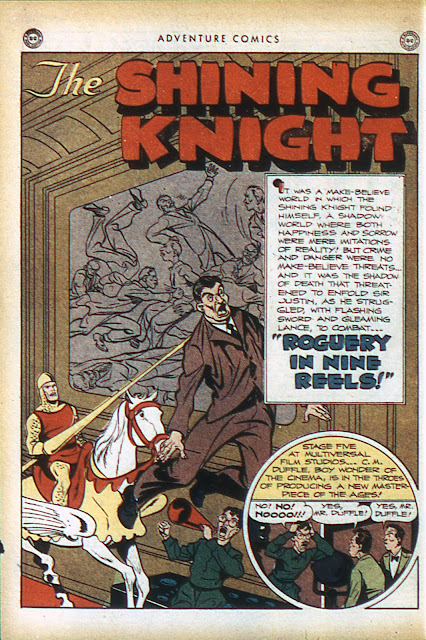 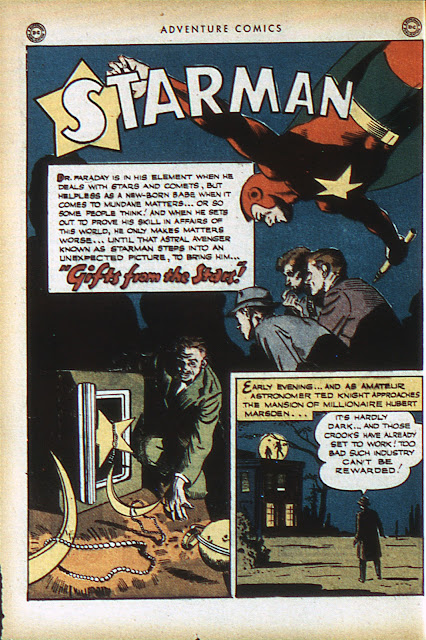 HANDY ANDY would later resurface as a legitimate non-fiction feature in ADVENTURE. 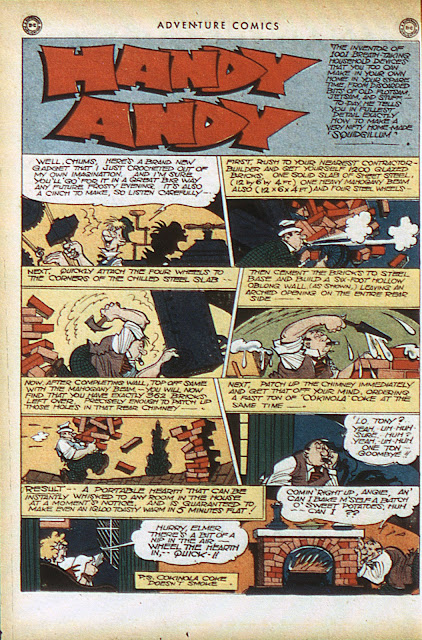 Here's a fun Genius Jones adventure with a radio setting. 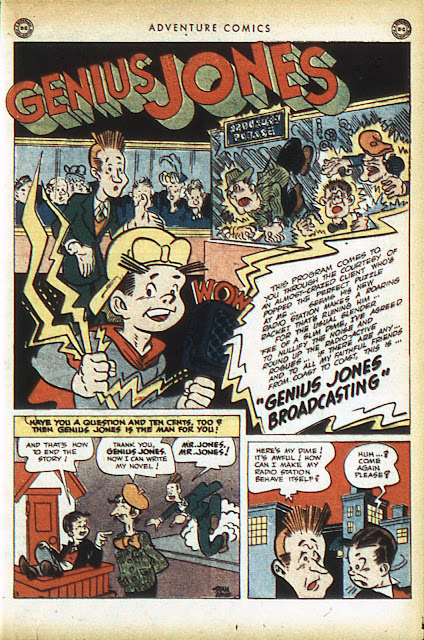 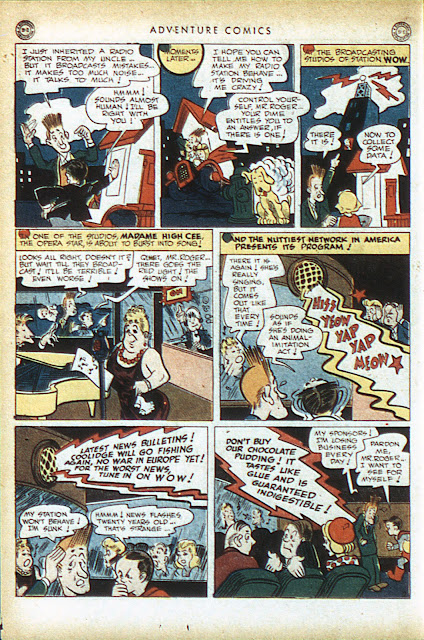 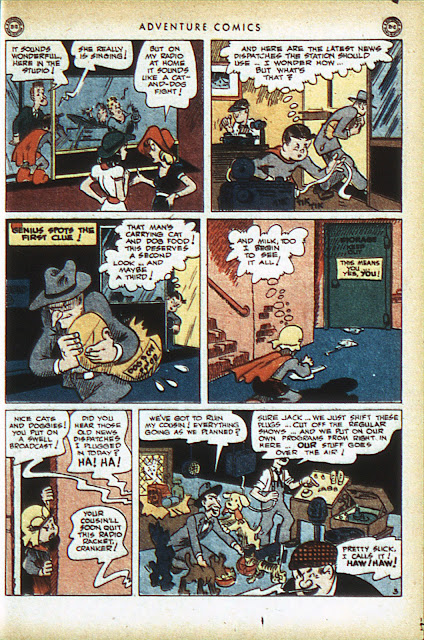 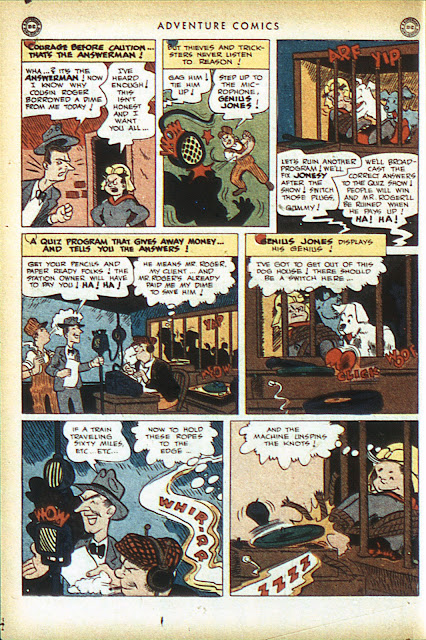 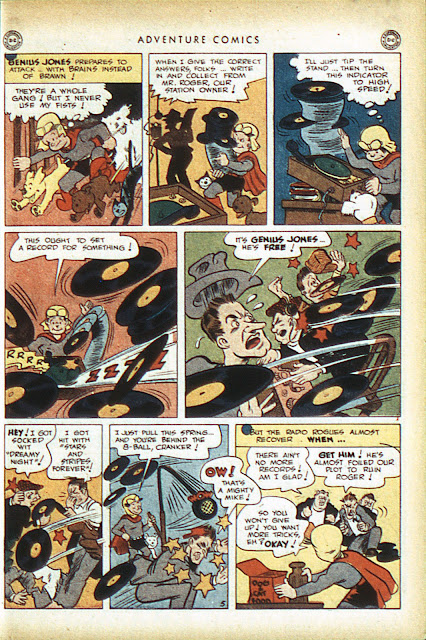 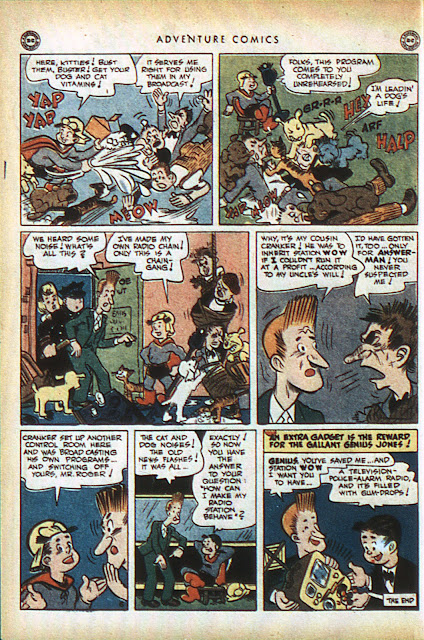 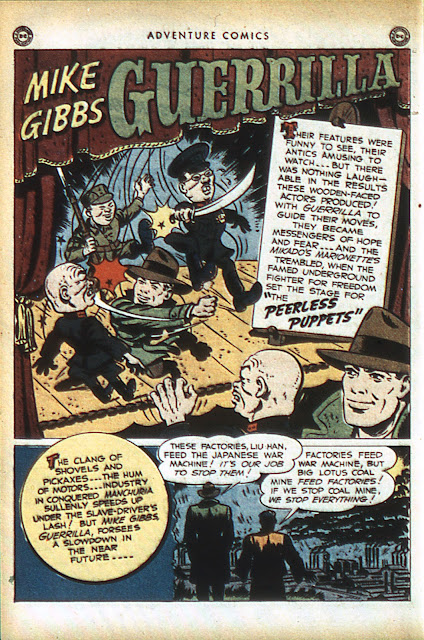 The strip below, JOE JAM, is the first black and white strip to appear here in several years. 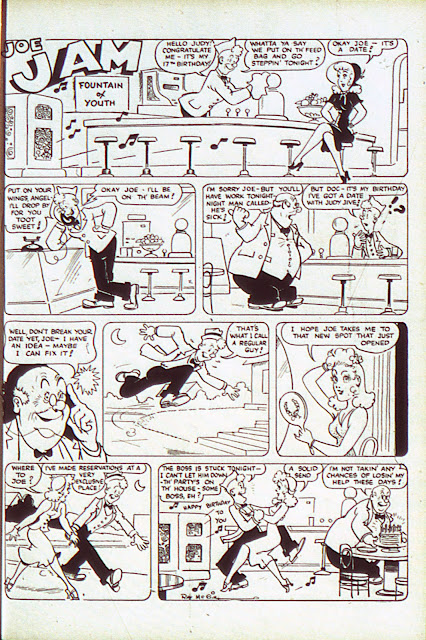 RC and Quickie would appear in ads for Royal Crown Cola for several years and they were more often than not better drawn than comics they were in! 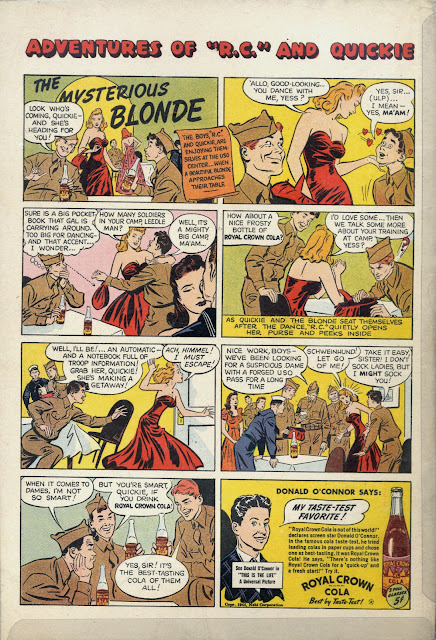