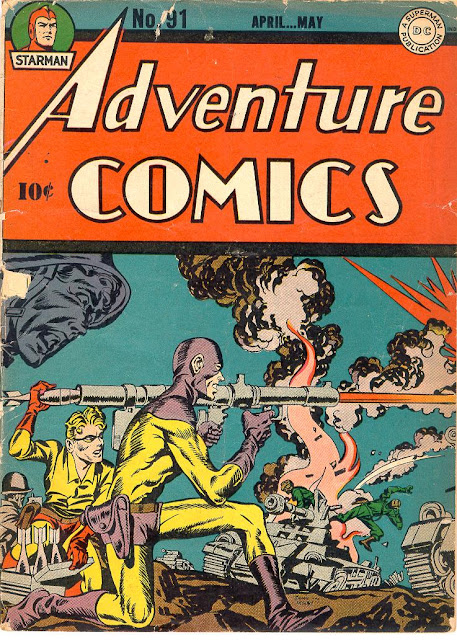 What can you say about an issue whose highlight is a one page BATMAN AND ROBIN propaganda PSA by Jerry Robinson?
By this point S&K were in the military. GCD credits this, a reasonably good attempt at aping their style, to future comics superstar Gil Kane. 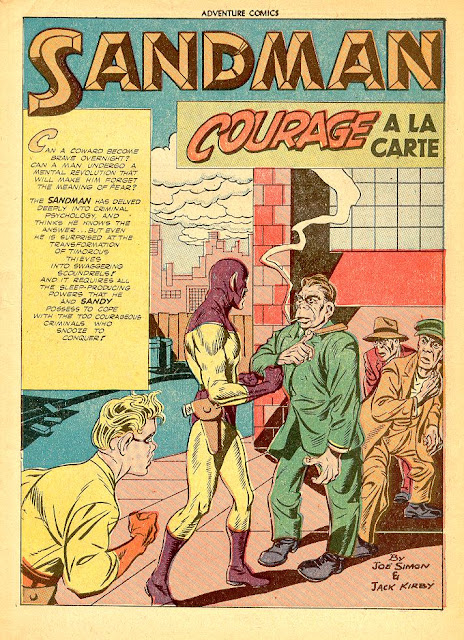 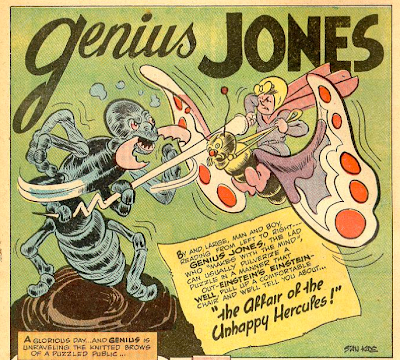 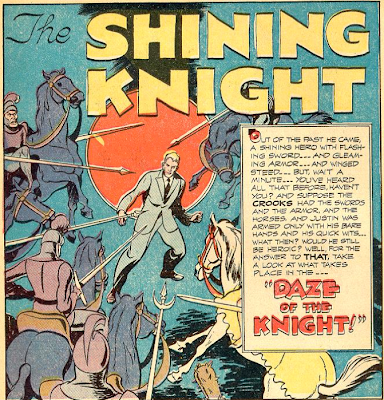 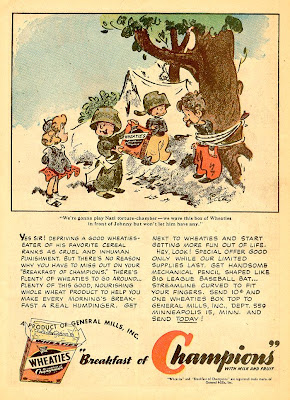 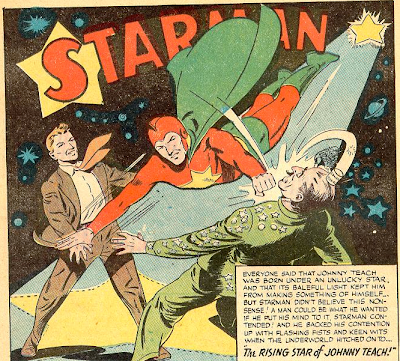 This is said to be Jim Mooney art on MANHUNTER. Mooney would become a fixture at DC for many years but also did quite a bit of art for Marvel. 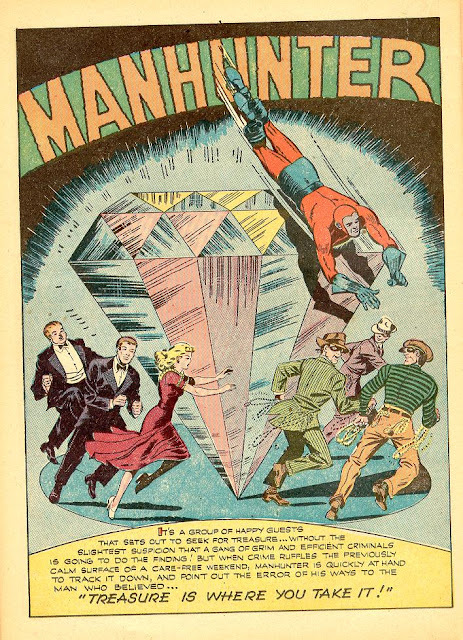 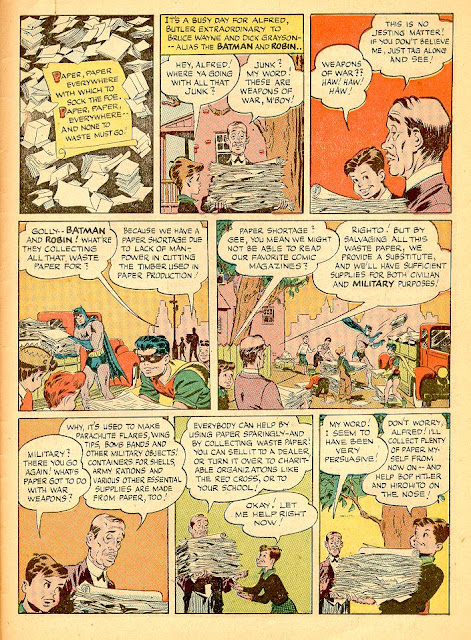 Supposedly there's a MILE GIBBS, GUERILLA story here, also, but my scan doesn't have it. I know you're all upset. What we do see here is, I believe, the earliest example of the classic and oft-parodied Charles Atlas ad to appear in this title. 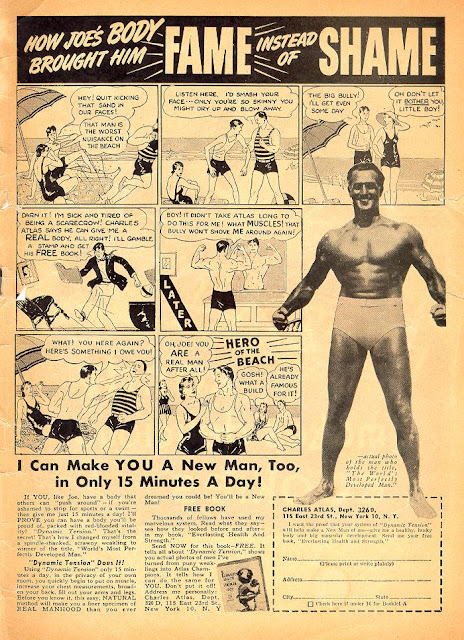 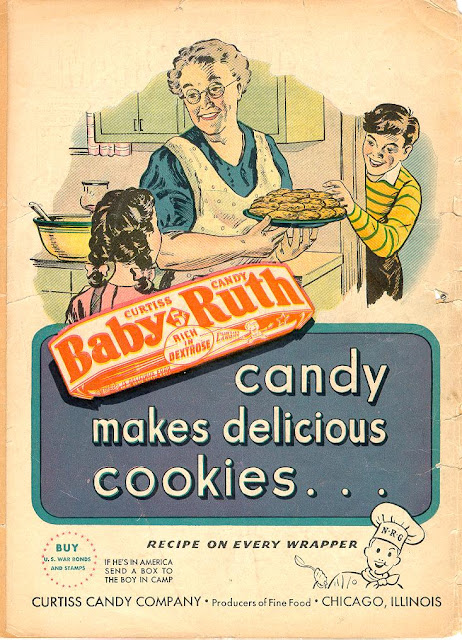