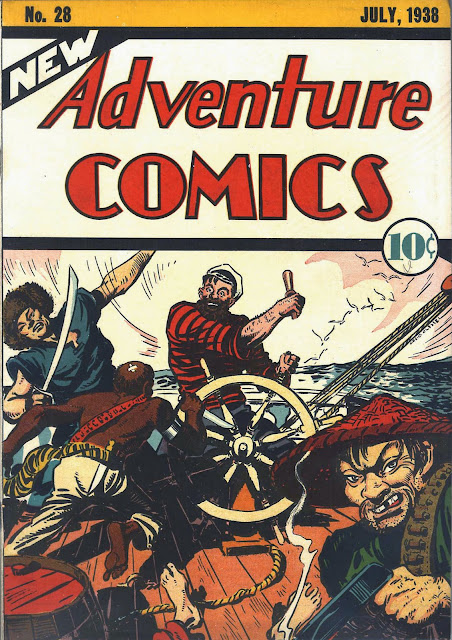 Flessel continues his string of winning covers but Sullivan otherwise continues to experiment with new strips. FEDERAL MEN and RUSTY AND HIS PALS remain as artistic highlights which, considering all the flack Bob Kane has taken about not drawing much --or any some say!--of his own credited work over the years after he became successful says a lot. 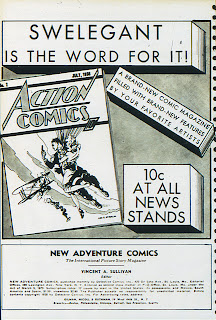 Proof that nobody at DC really had a clue about Superman in the beginning is this ad showing ACTION COMICS # 2. Neither the cover nor the ad mentions what presumably was the reason most readers might have picked up issue 2 after meeting the Man of Steel in issue 1. 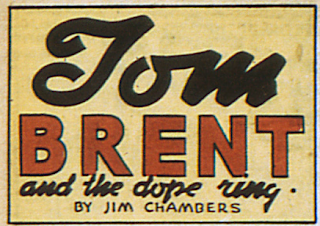 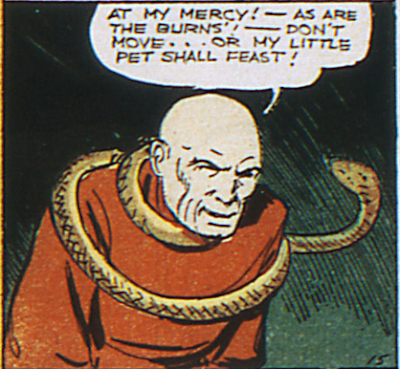 Above, Jerry and Joe introduce this bald villain into FEDERAL MEN this month.  The Junior Federal Men Club at least CLAIMED to have topped 10,000 members by this point! 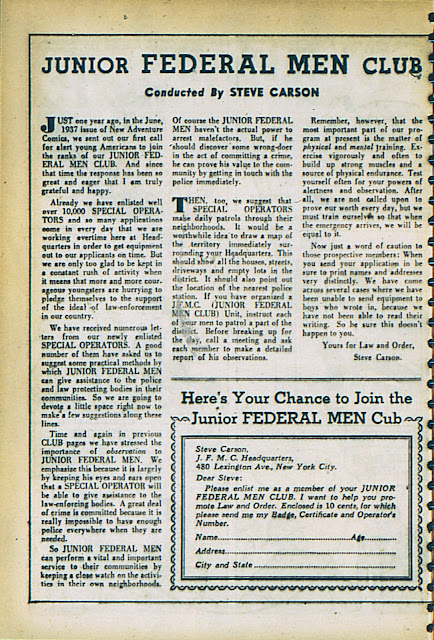 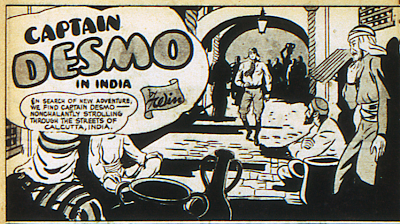 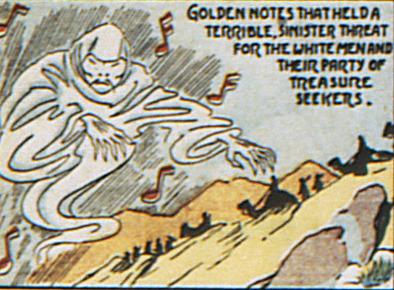 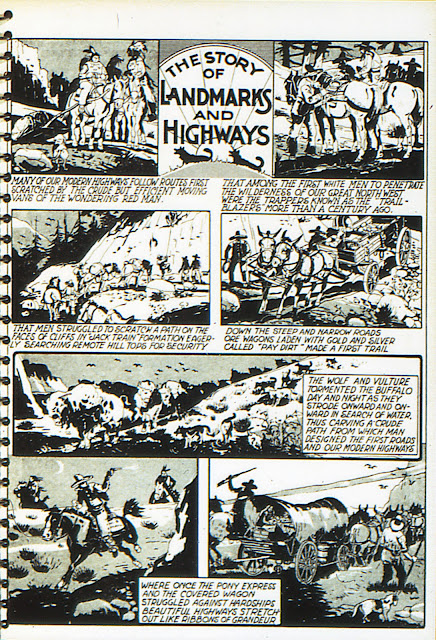