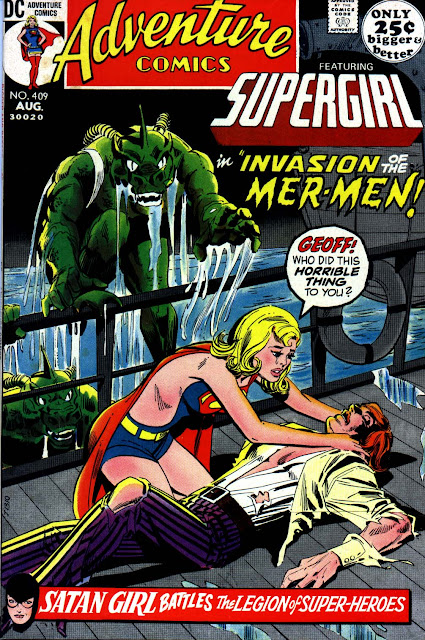 It's the summer of 1971 and one thing immediately caught my eye about this issue of ADVENTURE. The classic logo is back! Once that got my attention, I noticed the higher price. Then I noticed that the Legion were back, too! Reprints, yes, but still. So...this was the first issue of the new SUPERGIRL series that I had bought in  awhile and after this I decided to stick with it a while.

The first story finishes Mike Sekowsky's two-parter begun last issue and also finishes out his term as editor. Apparently they just couldn't rein him in. 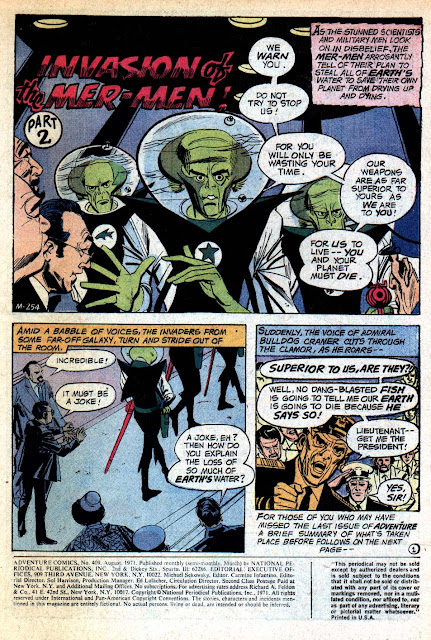 Below is the controversial ad (mainly because of "The Victim") for Aurora's snap-together MONSTER SCENES models. The ad marks the first appearance of R-rated Vampirella (from Warren magazines) in G-rated comic books! 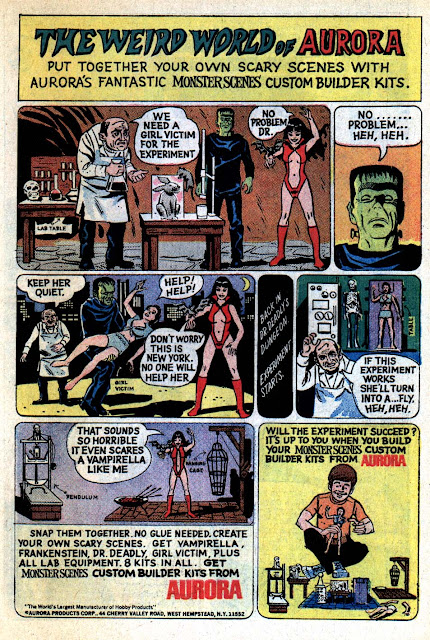 This issue's second supergirl tale is by Bridwell and veteran romance penciler Art Saaf. We get the biggest departure in costumes yet. 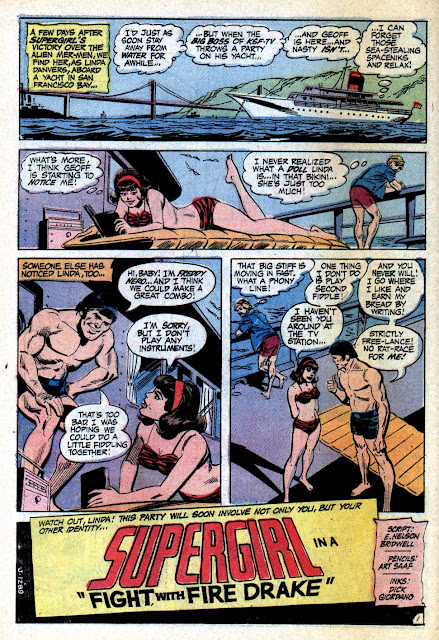 Carmine's explanation as to the new, higher prices at DC. 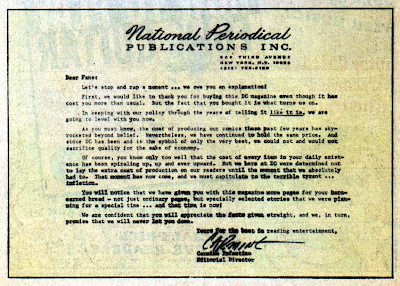 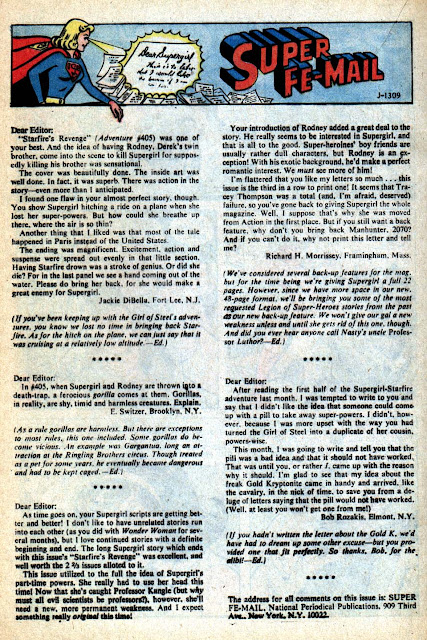 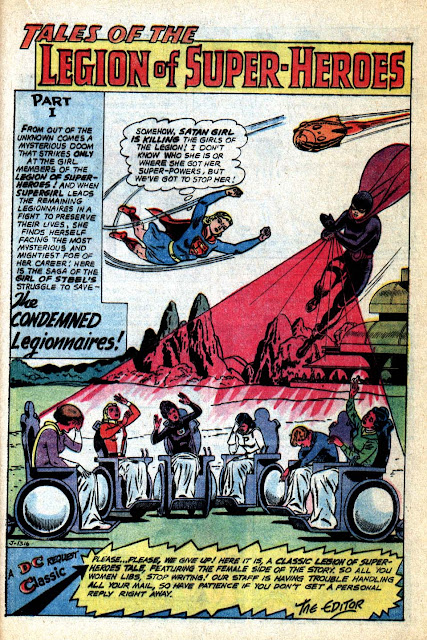