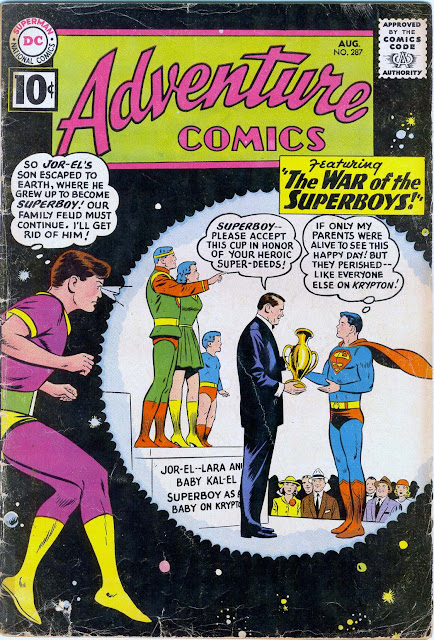 This story introduces Dev-Em, a juvenile delinquent from Krypton. When this story was reprinted later in the sixties, it creeped me out! He's SO mean! And he's back next time! In later years, he was actually reformed! 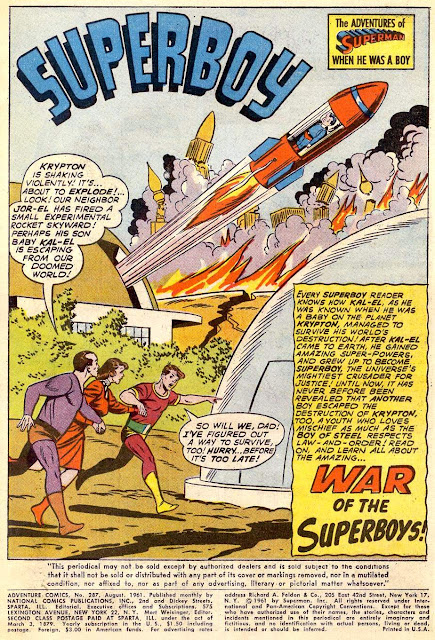 This issu features not one but two of the ubiquitous early sixties war games ads. 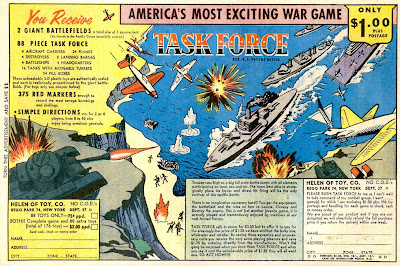 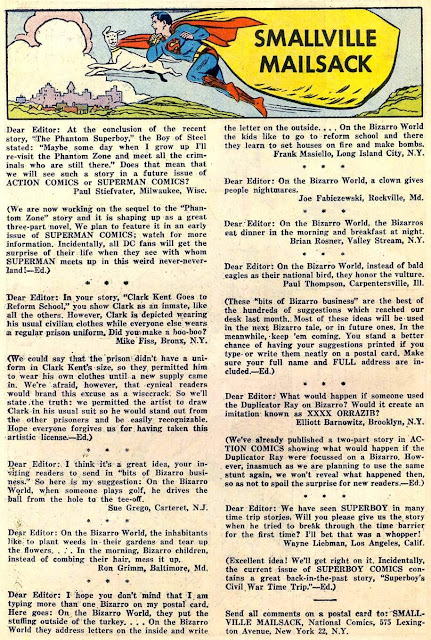 And finally, we continue with the regular cast turning up on the Bizarro World, this time it being Jimmy Olsen. 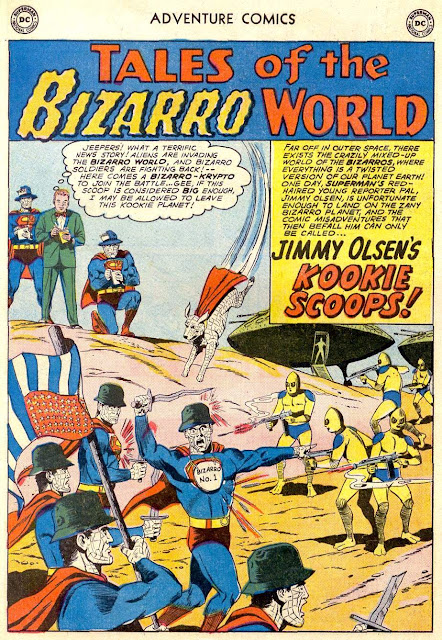 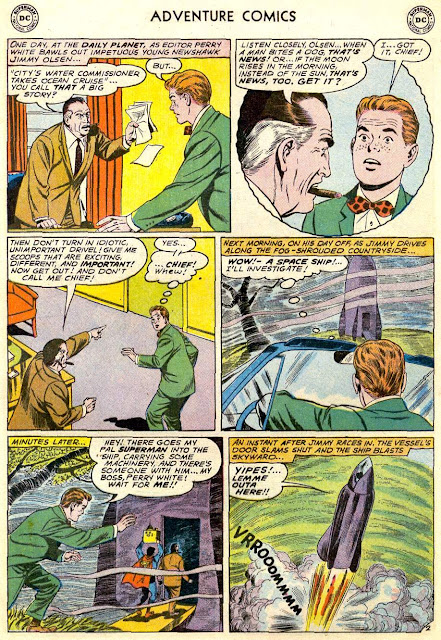 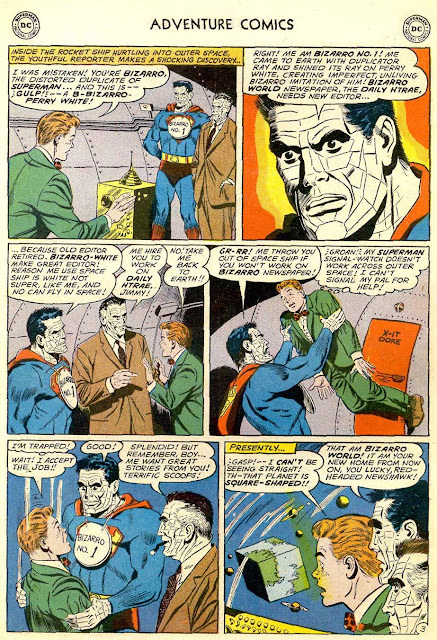 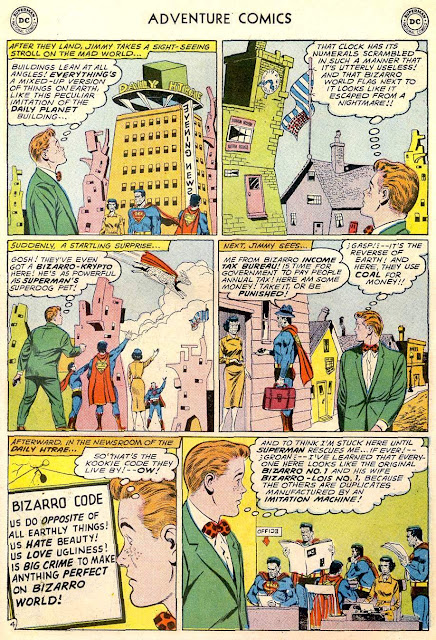 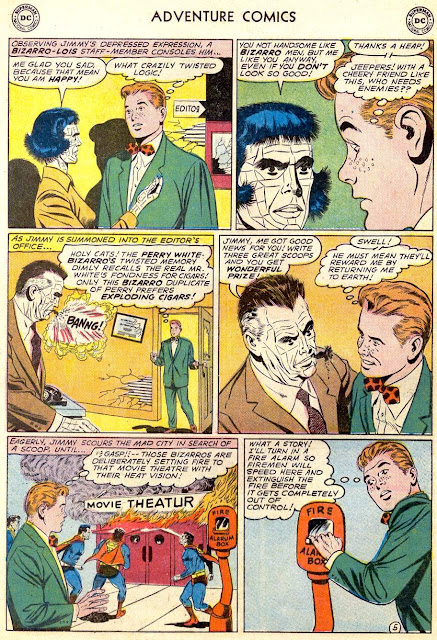 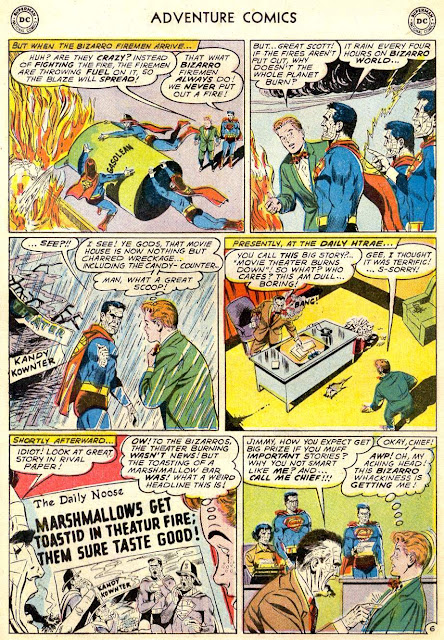 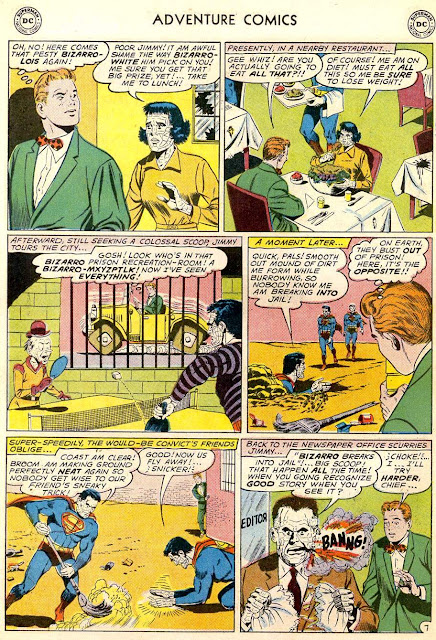 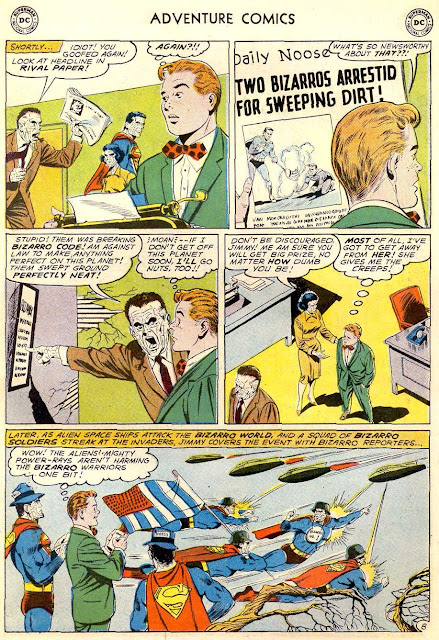 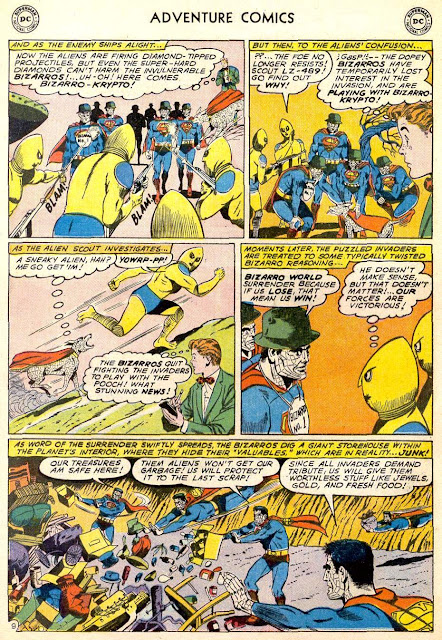 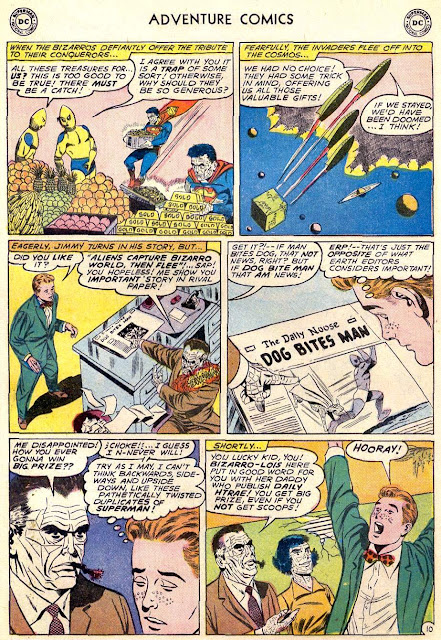 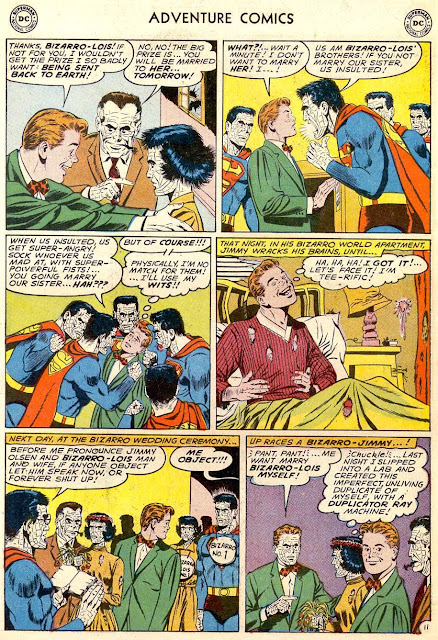 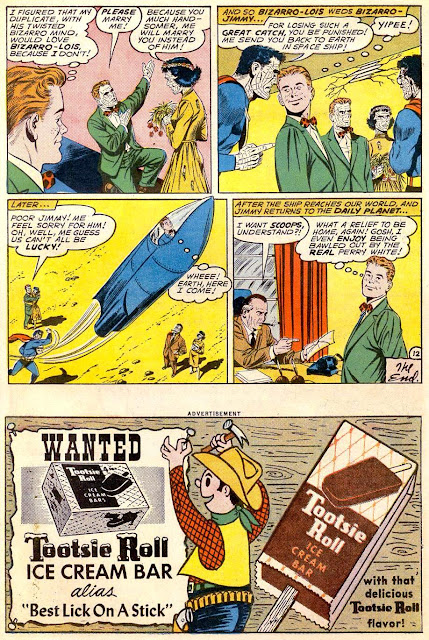 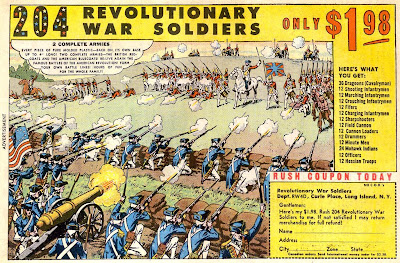