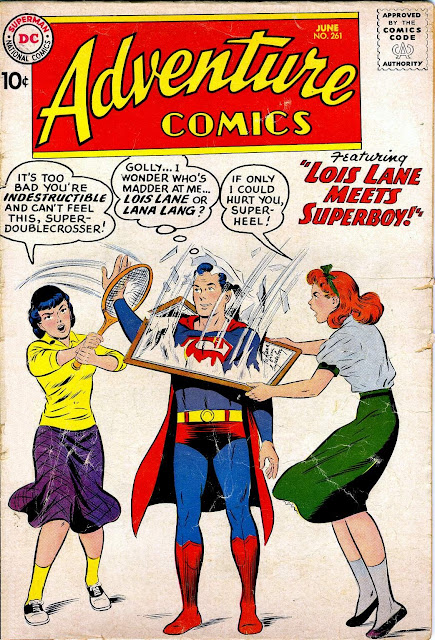 In related news, a letter writer suggests that Superboy meet Jimmy Olsen when he was a baby, also something we've a;ready seen a few years earlier. The response is that that's a good idea!

Tying the whole thing up--sort of--is an ad in which we have SuperMAN but with a baby Lois! 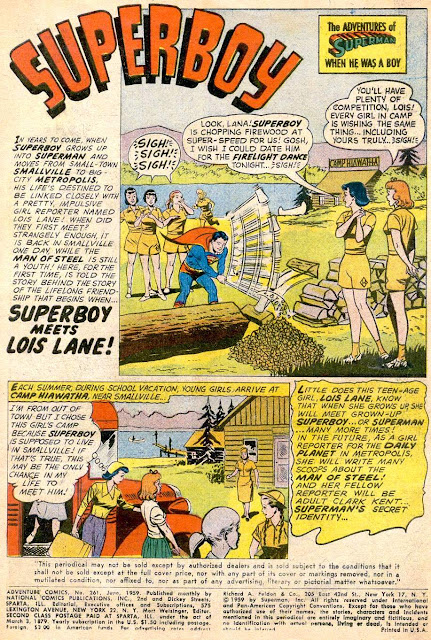 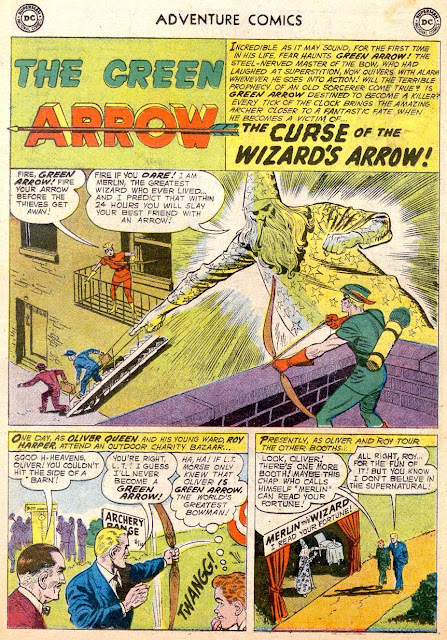 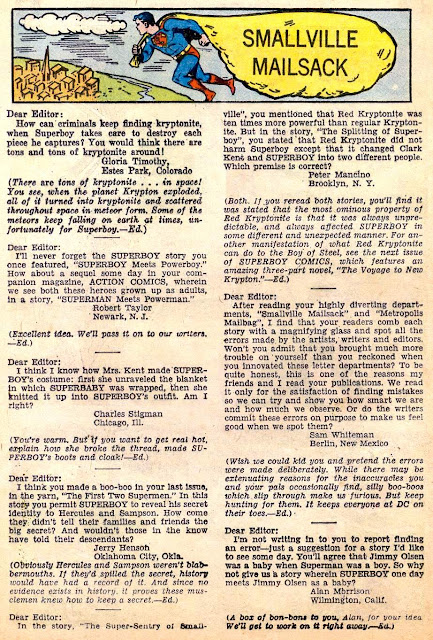 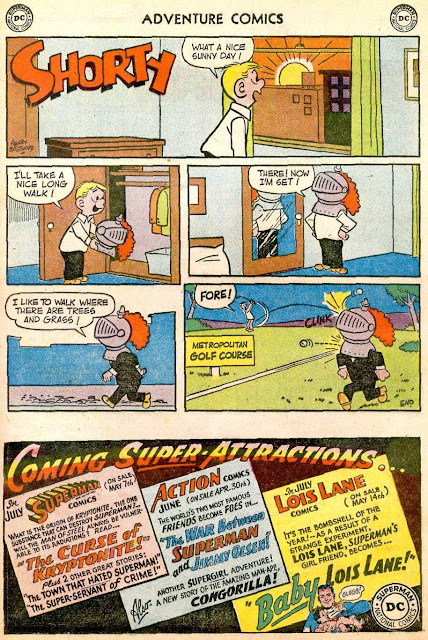 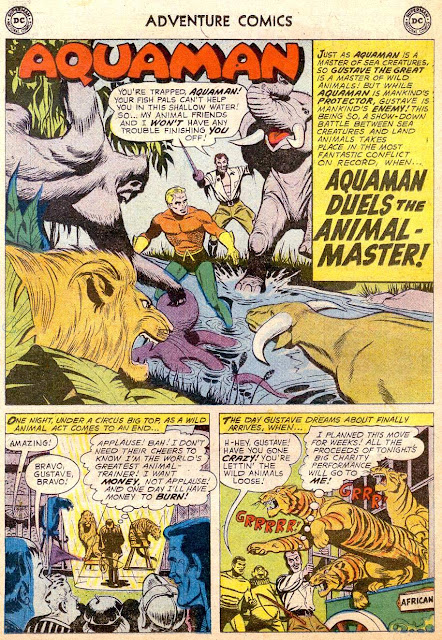