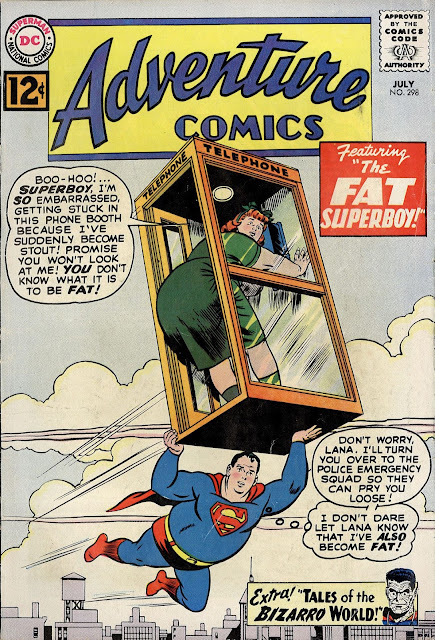 Wow. Talk about politically incorrect. An awful lot of kids reading this were probably overweight and this story making fun of same could have been very traumatic for some. Yeesh! 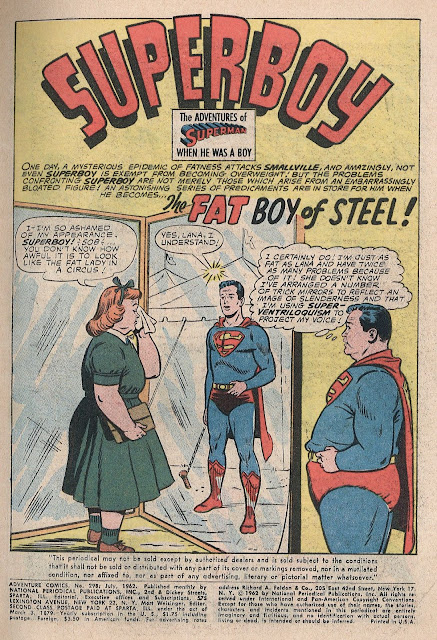 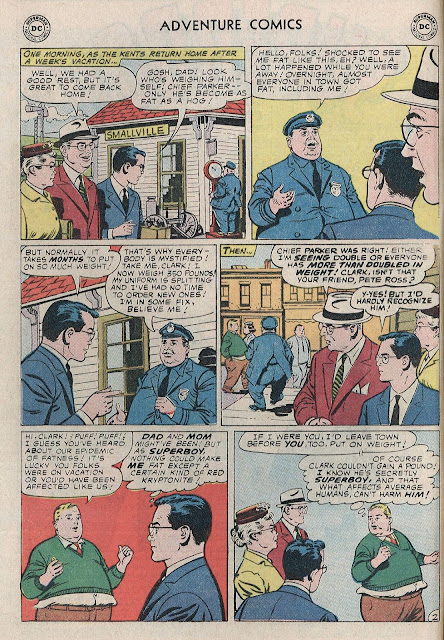 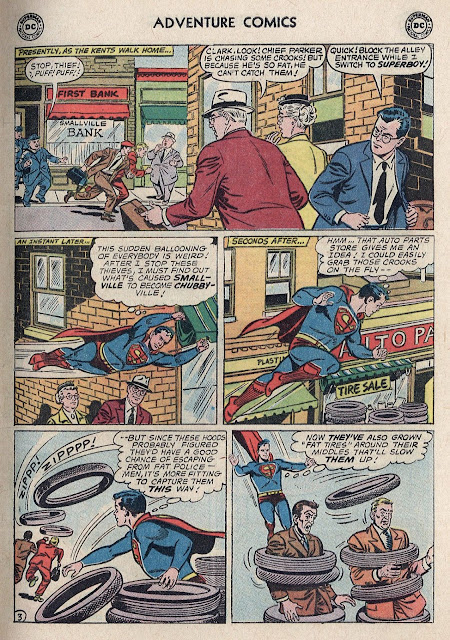 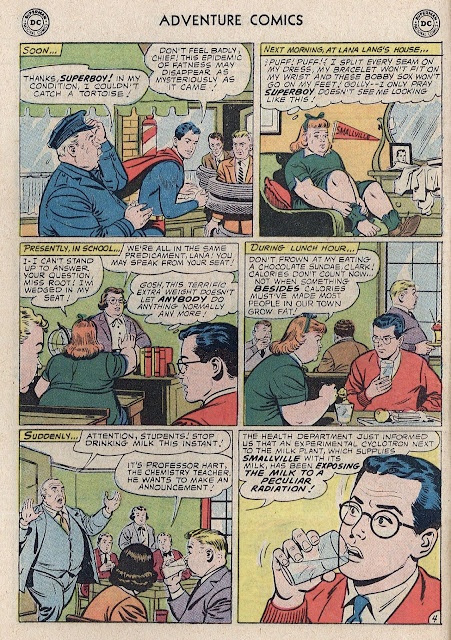 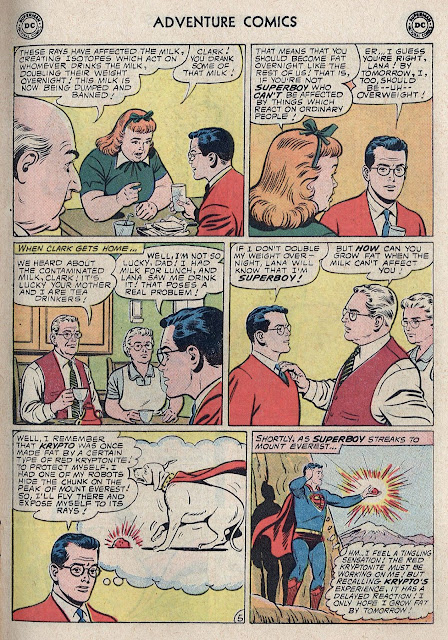 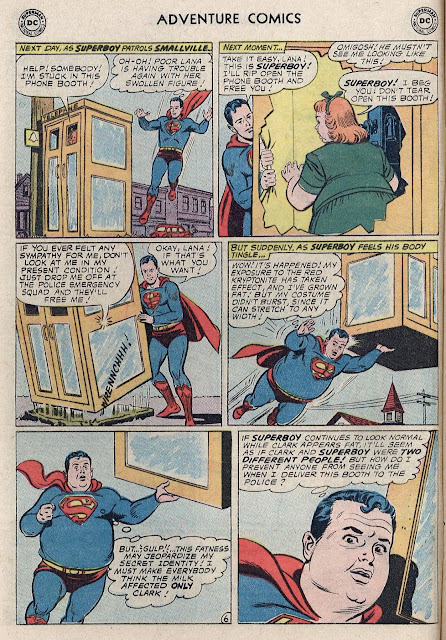 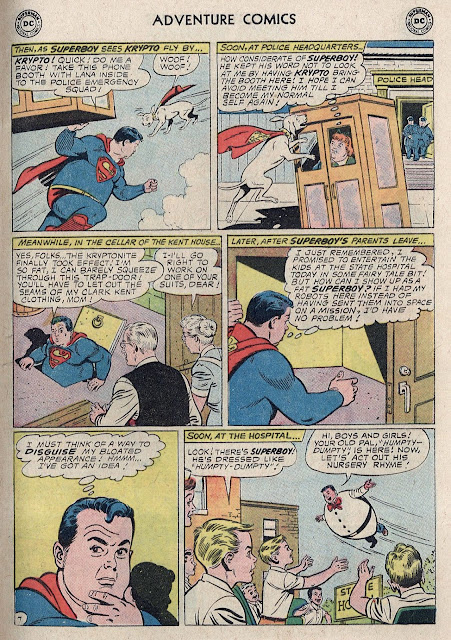 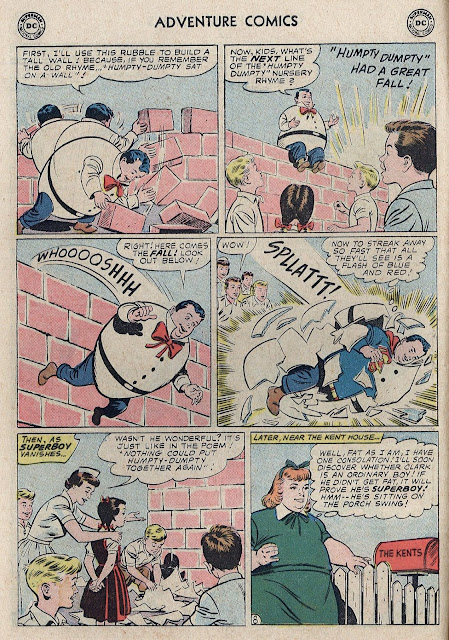 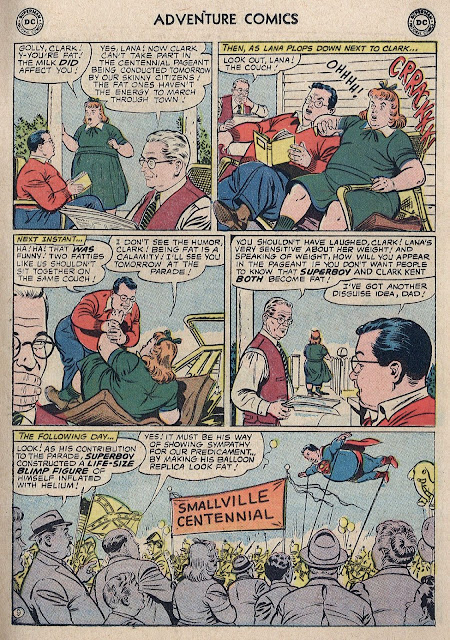 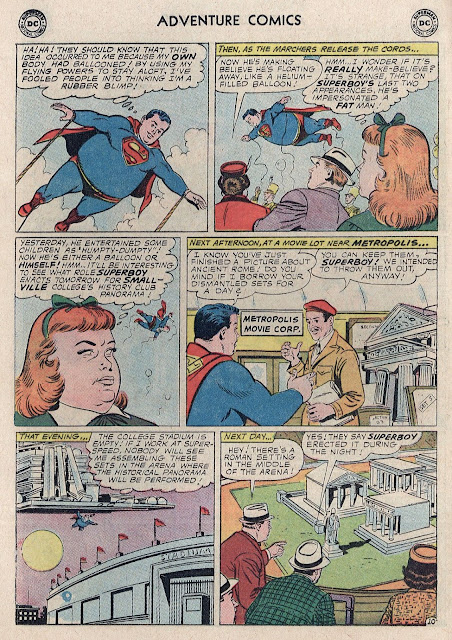 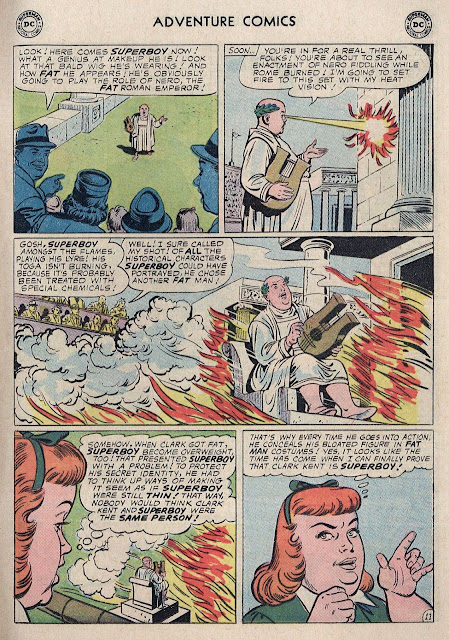 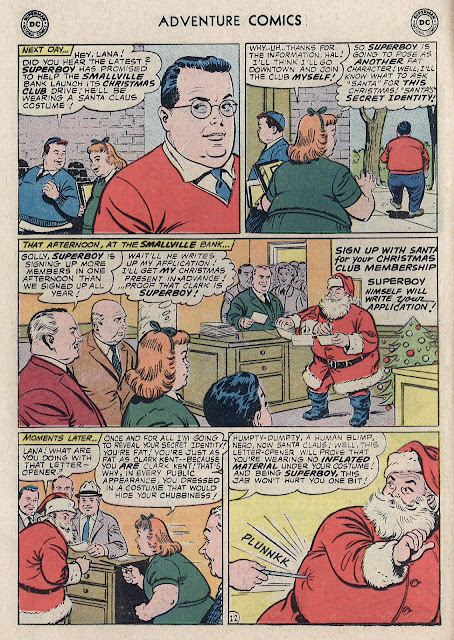 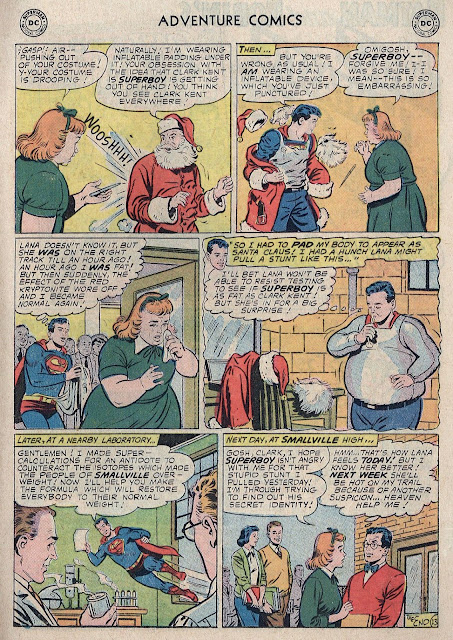 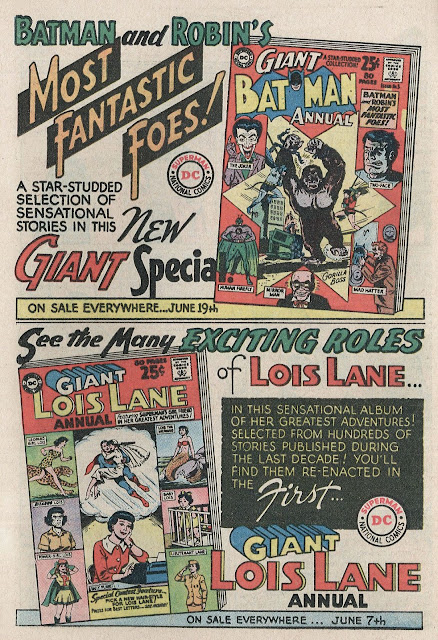 Here we just had the Editors saying that the TALES OF THE BIZARRO WORLD series had increased sales higher than ever and now this letters page goes on at length about whether a TALES OF THE LEGION OF SUPER-HEROES series should perhaps take its place! Supposedly the result would be announced next issue. The problem with that is that, in hindsight, we know the LSH take up residence only two issues from now so that first story pretty much had to have been done by this point. 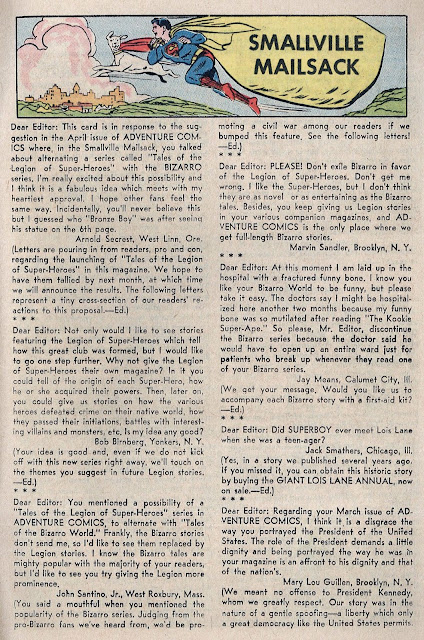 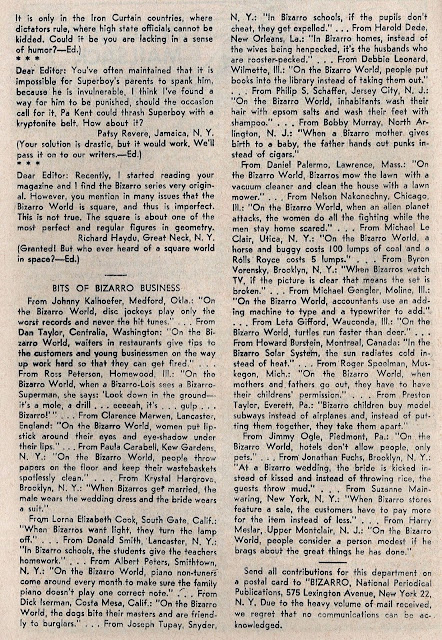 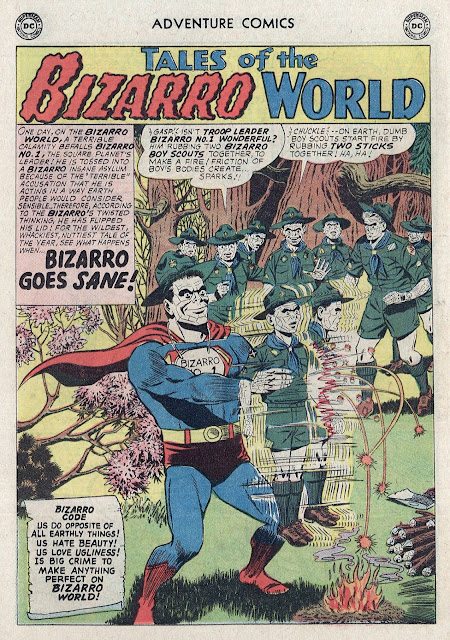 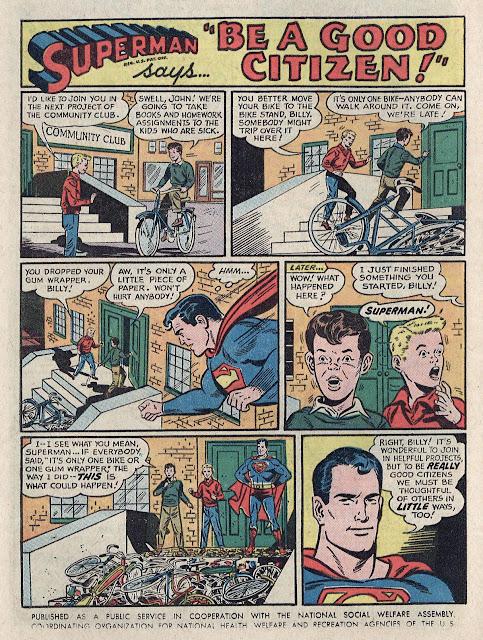