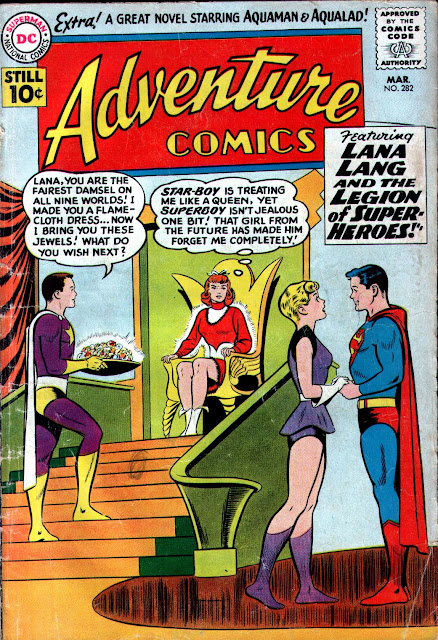 The title's a misnomer as Lana doesn't meet the Legion at all...except for Star Boy who debuts here. And he's not even associated with the Legion except in a one-panel cameo where they supposedly sent for him. He would, of course, become a member eventually--the unluckiest member of them all. First he loses the powers he shows here and gets different mass and weight-related abilities. Then he's expelled for accidentally killing someone. The he comes back in disguise. Eventually he grows a beard, loses his mind, goes back in time again and becomes a gibberish-spouting member of the Justice Society of America! It's...complicated. 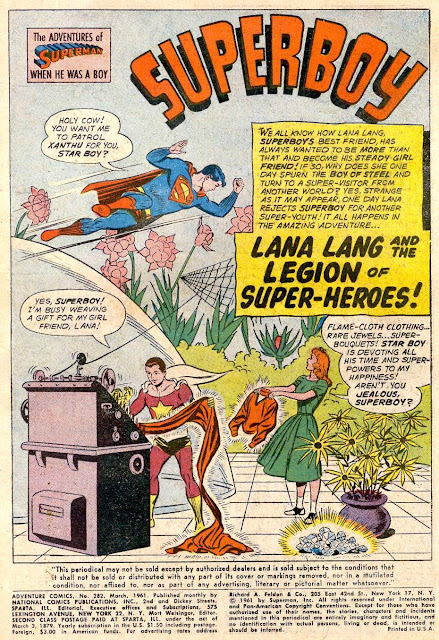 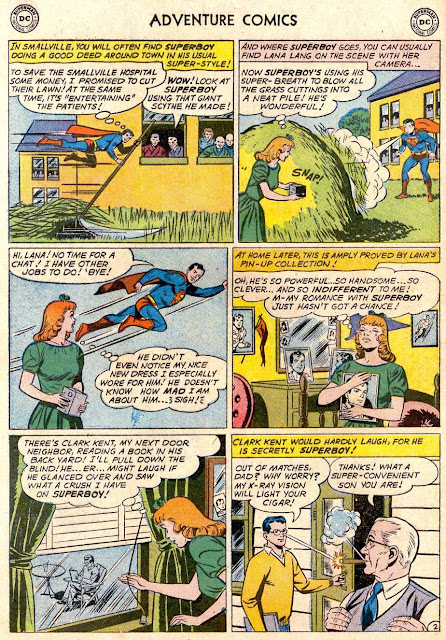 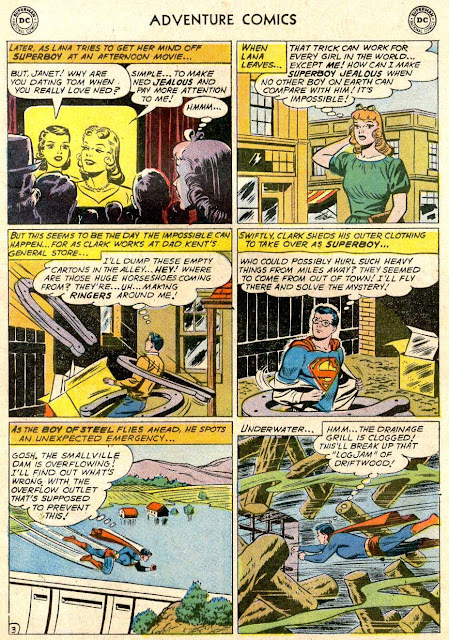 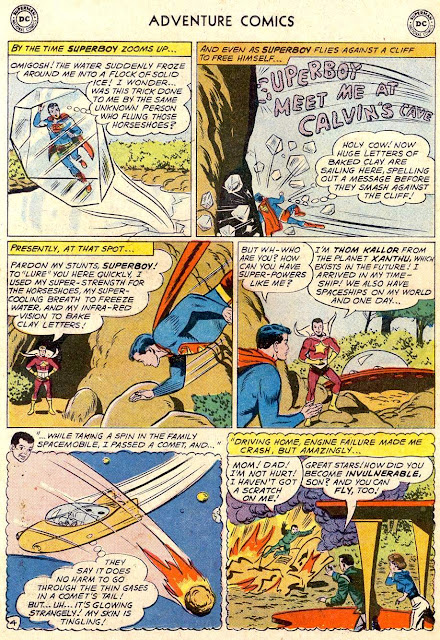 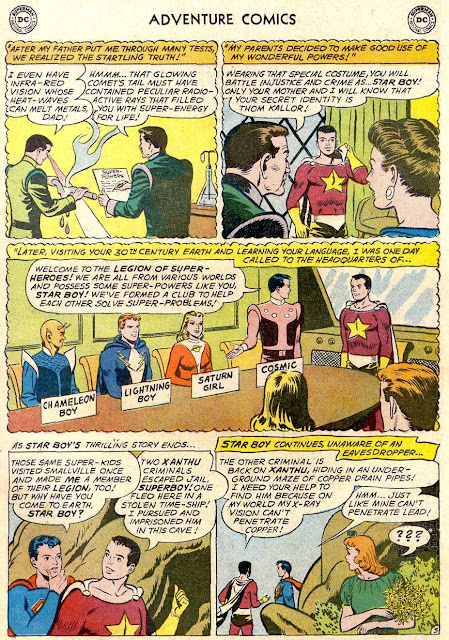 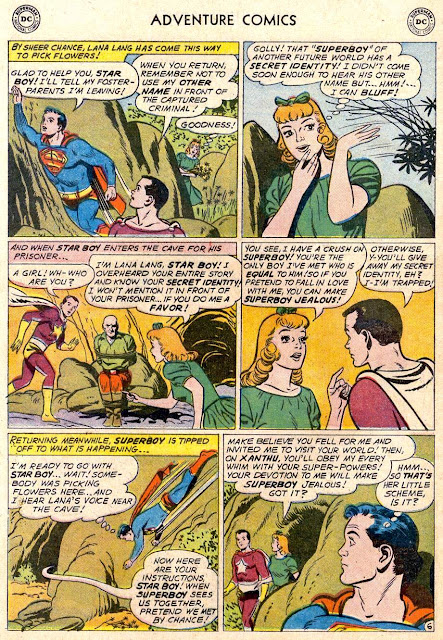 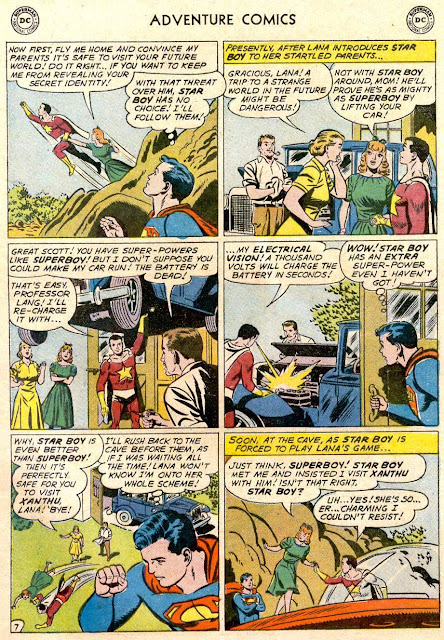 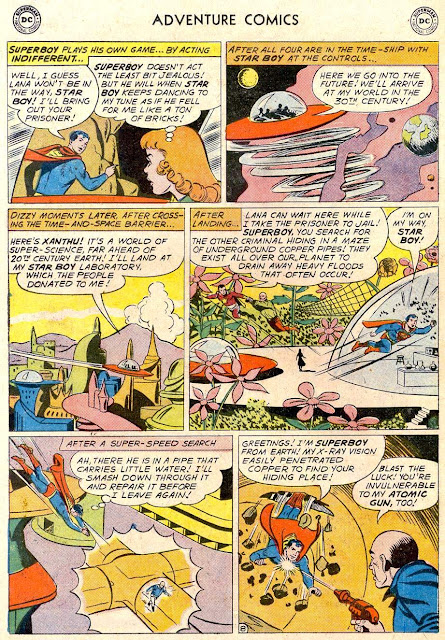 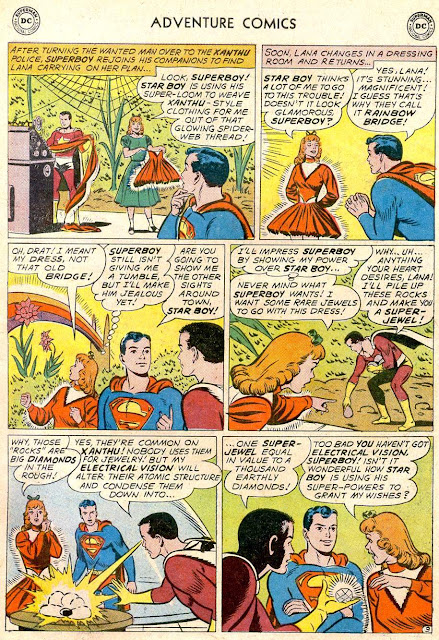 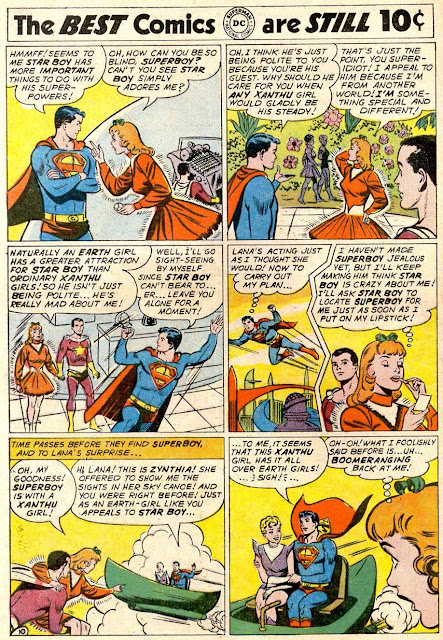 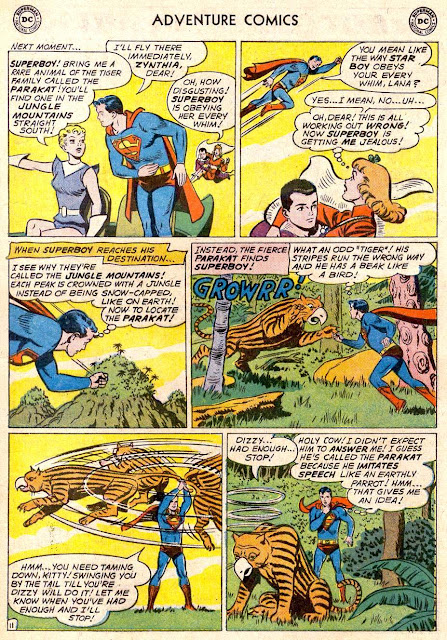 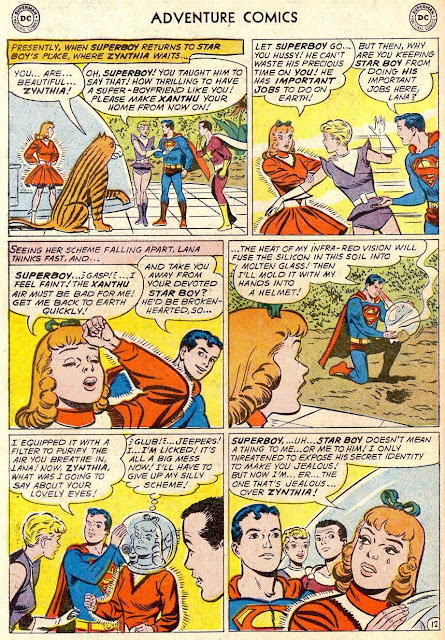 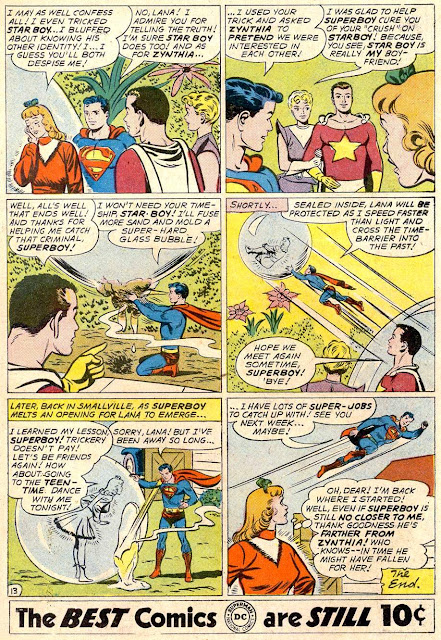 Note the constant hammering of the price point. Little by little the pages of comics were cut from nearly 100 for an average issue to 32. This enabled the publishers to hold the line at ten cents for ages but eventually, it got to the point where they didn't want to cut any more. So prices went up! 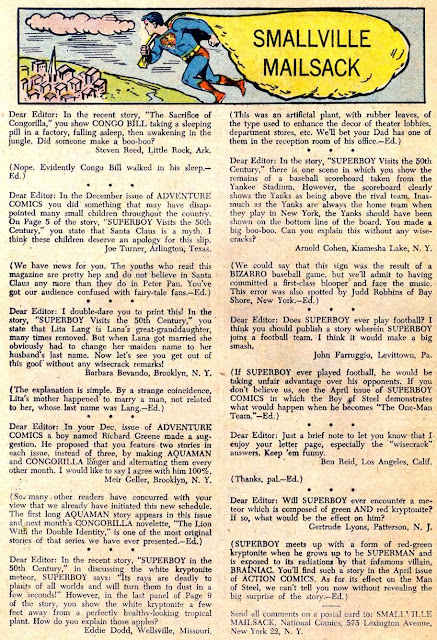 Bizarro in the letters page yet again and from the ads we see there's now a bizarro Lois Lane. It's almost time. 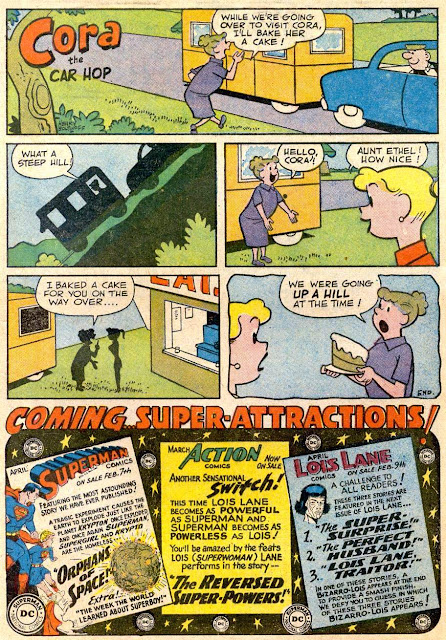 Rip Hunter survived a couple of SHOWCASE trial runs before being given his own mag. In spite of a healthy run, it never really captured the fans the way the super heroes did. 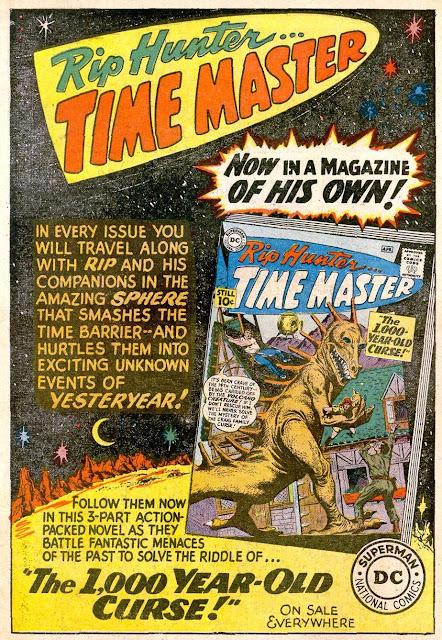 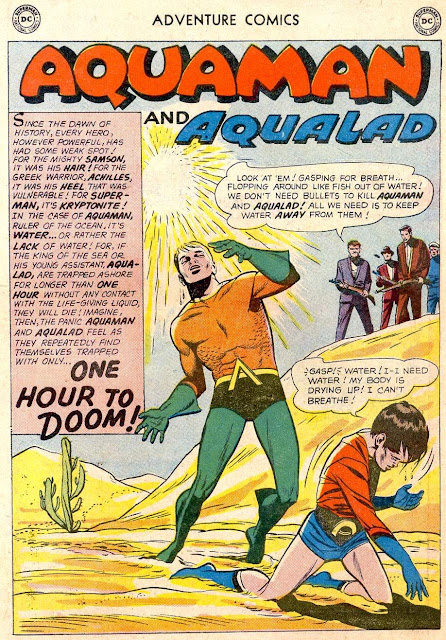 Speaking of SHOWCASE, Aquaman was getting his second outing as well as his first long form story here in ADVENTURE. 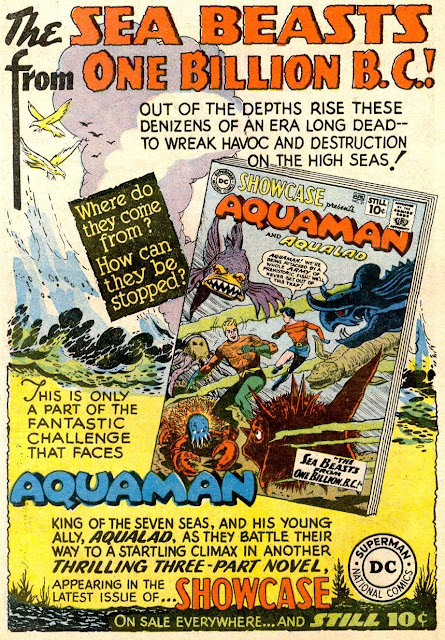