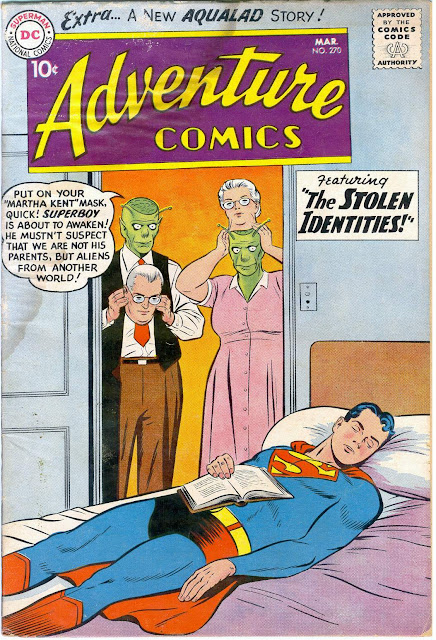 A pretty good Superboy tale and another Aquaman tale highlighting Aqualad but the big news here is--NO Green Arrow and Speedy! After 20 years, they suddenly had no regular home. They would appear  from time to time in WORLD's FINEST and GA would end up in the JUSTICE LEAGUE OF AMERICA (as well as becoming a popular guest star in THE BRAVE & THE BOLD). 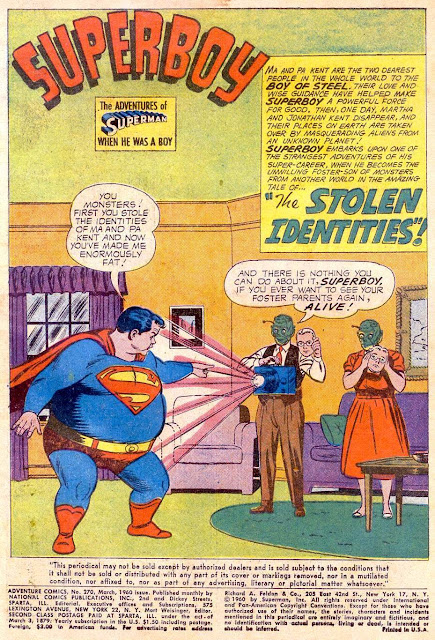 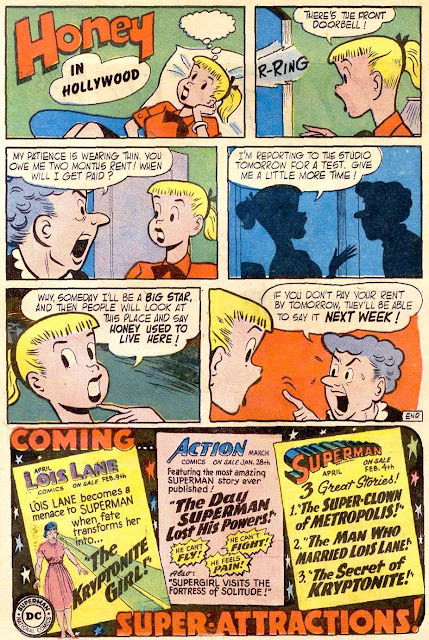 Replacing the Emerald Archer here is CONGORILLA for the next year or so. Congorilla was originally just plain CONGO BILL, a JUNGLE JIM wannabe who lasted a surprisingly long time in ACTION and WORLD'S FINEST and even had his own title a few years before this. The previous year, though, over in ACTION, Bill was given the ability to transfer his mind into the body of a powerful golden gorilla. This was most likely due to DC's long-runing gorilla fetish in the fifties. 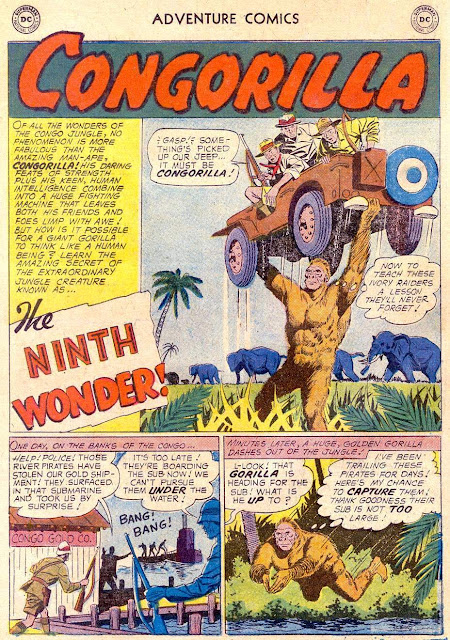 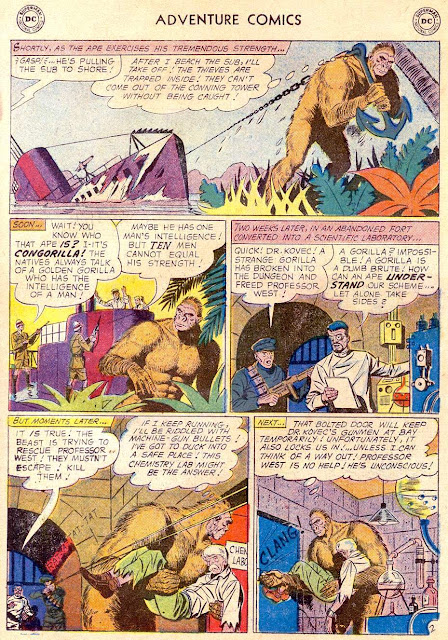 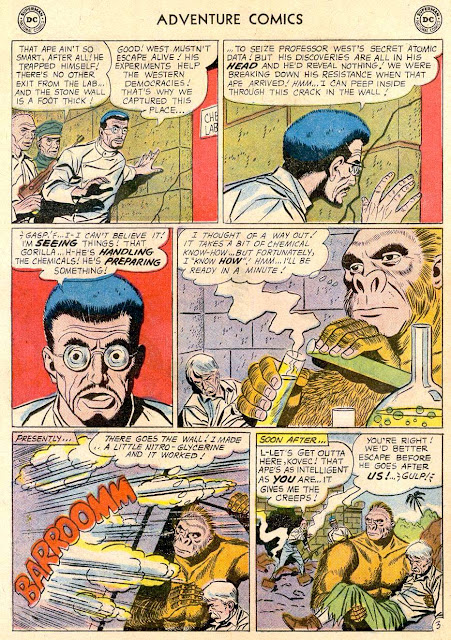 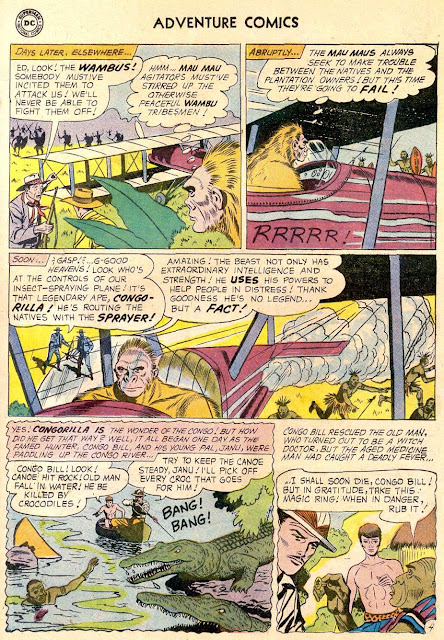 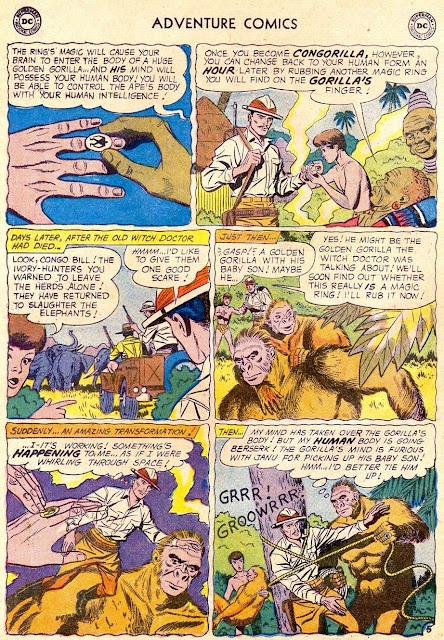 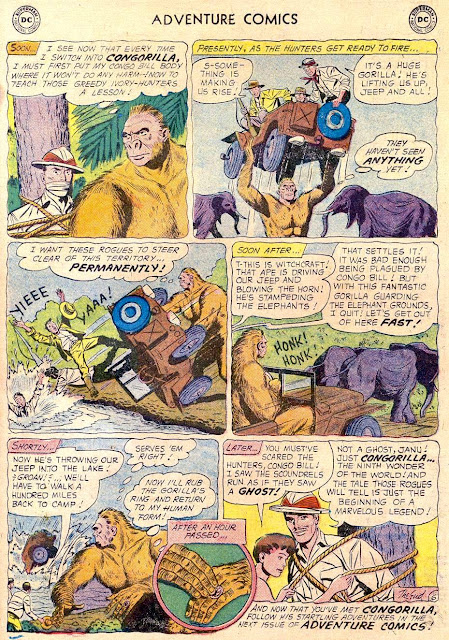 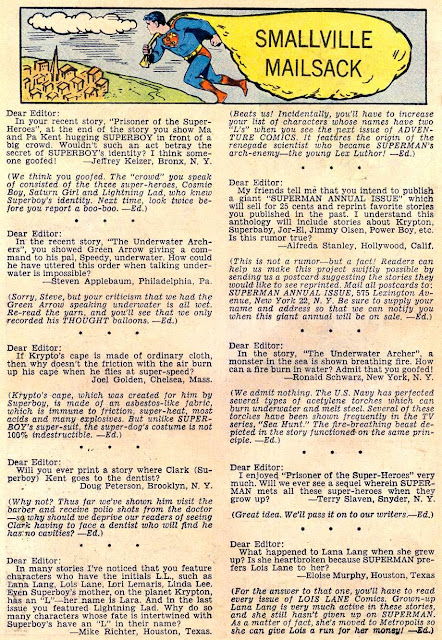 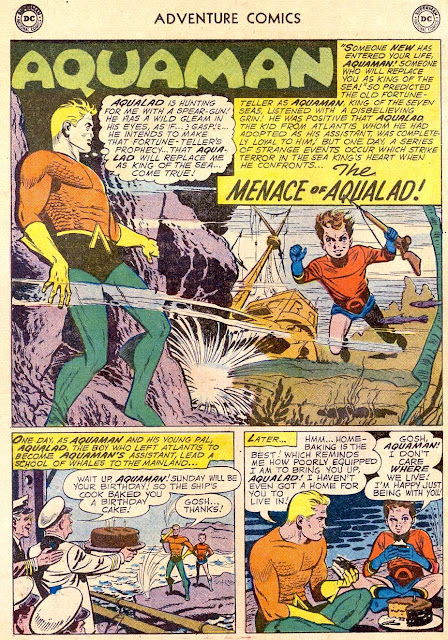