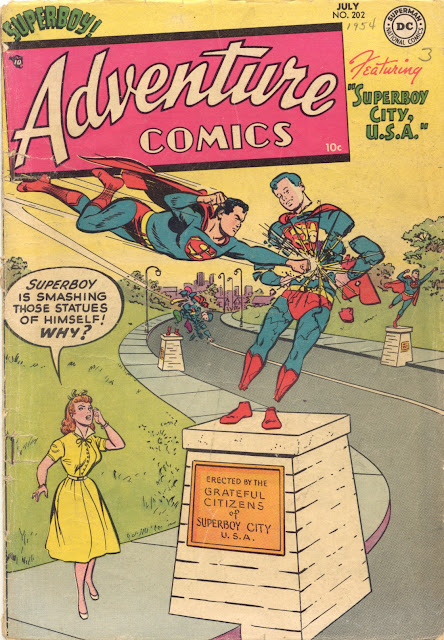 The Boy of Steel himself gets this issue's inside cover PSA, drawn by cover artist Win Mortimer. 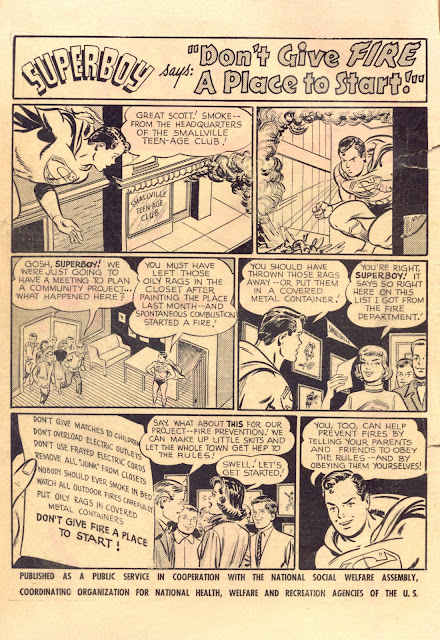 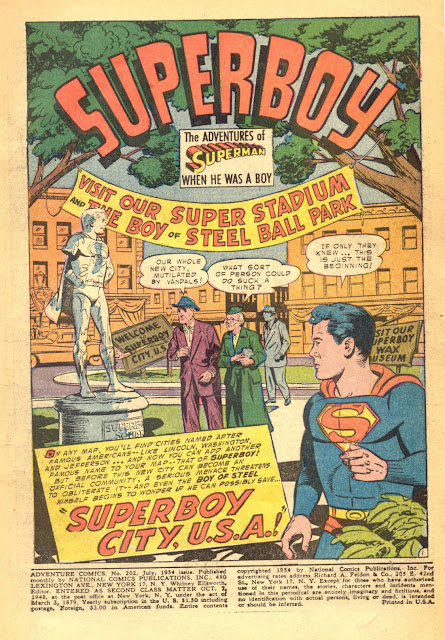 Here's something we haven't seen so blatantly lately--proof that the Superboy stories are set in the (then) present day! This, of course, since every single SUPERBOY story says "The Adventures of Superman When He Was a Boy" would seem to indicate that SuperMAN's stories take place at least a decade in the future, let's say 1965. This mess just got worse as time went on. 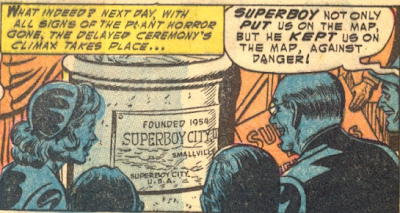 Abbott and Costello were still making movies in 1954---for a little while longer--but most likely they appeared in this popsicle ad because of their TV popularity. 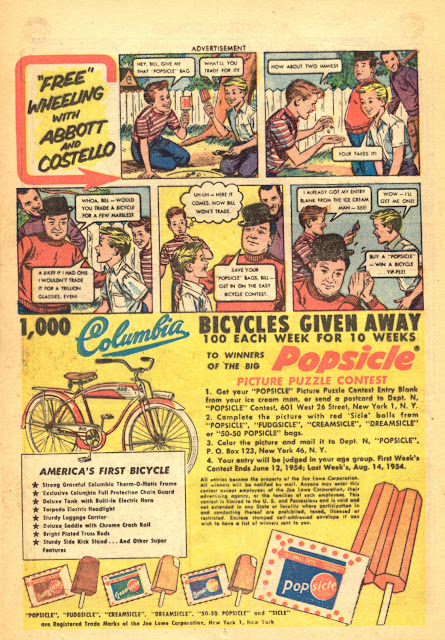 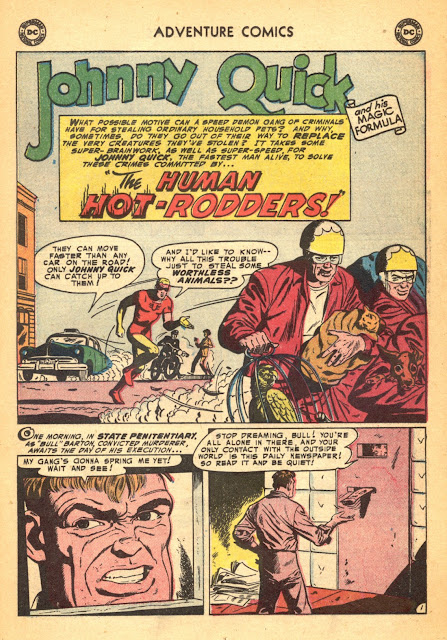 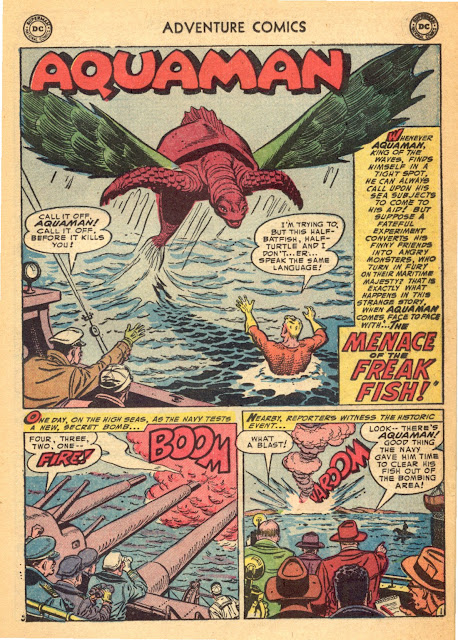 Speaking of TV, the GREEN ARROW strip takes a look at television's popularity by way of a criminals network. 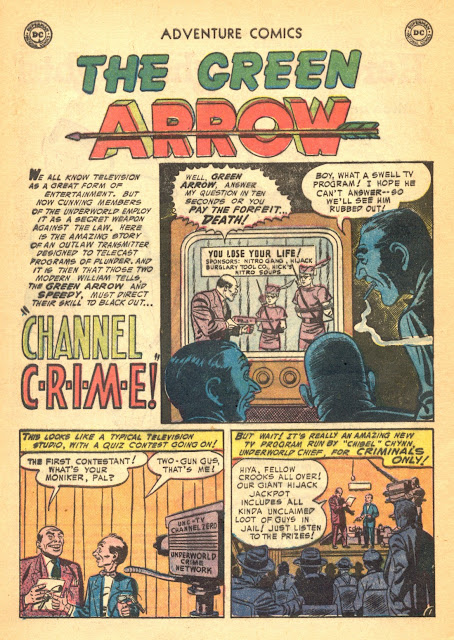 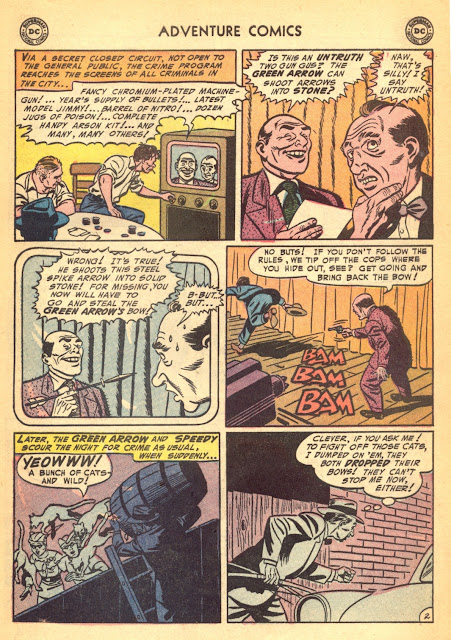 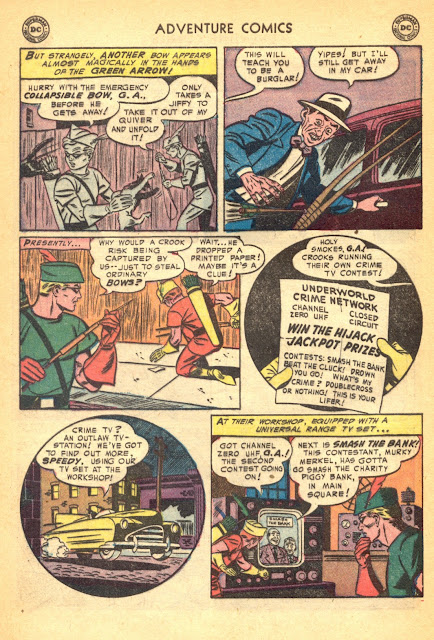 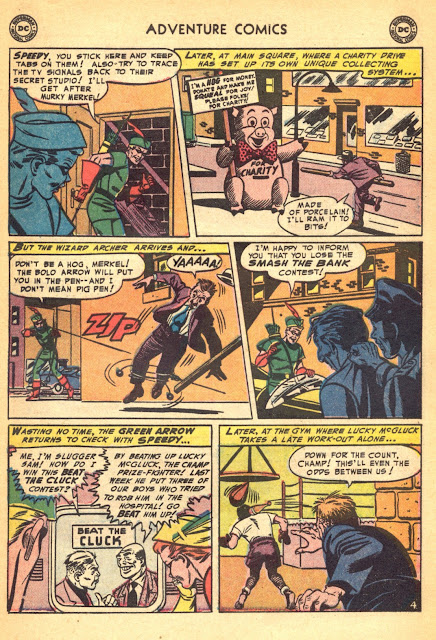 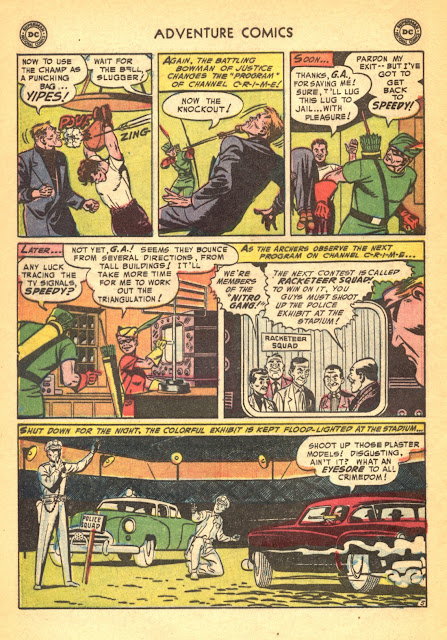 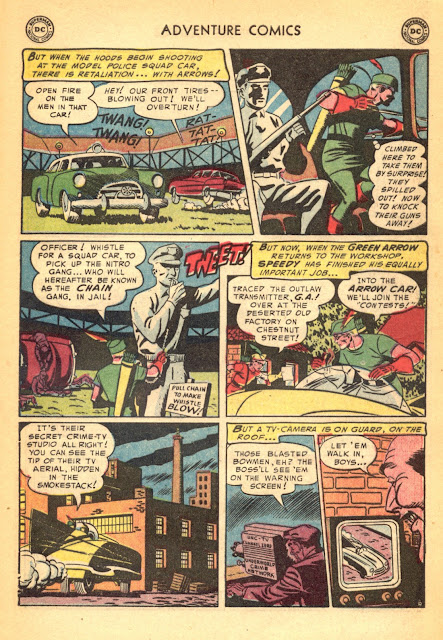 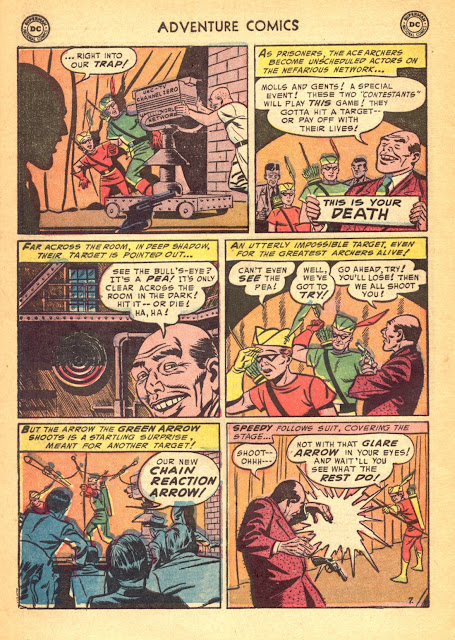 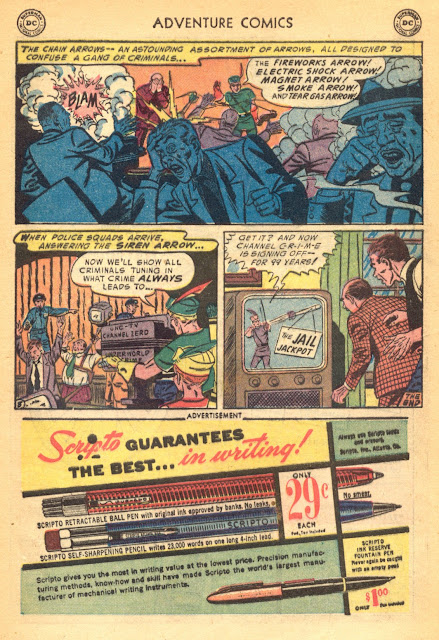 A sign of the times. Long a giant book at the elevated price of fifteen cents when everything else was a dime, WORLD'S FINEST had been cutting corners 'til they couldn't slice any more pages...so they took their two most popular features and teamed them up--BATMAN AND SUPERMAN. 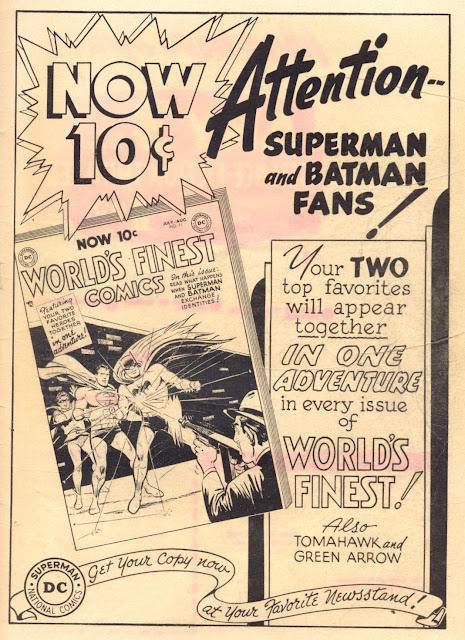 Posted by Booksteve at 2:22 AM