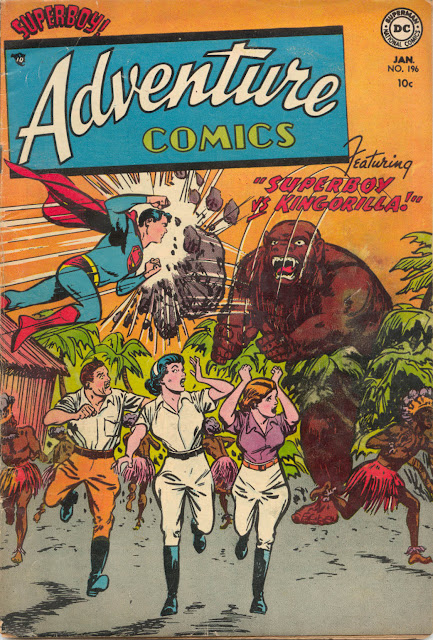 Although published in late '53, this is now the January, 1954 issue. Comics in the real world were in big trouble in 1954 from parents, psychiatrists and even Congress! and The Comics Code was just around the corner. By this point, however, DC had homogenized its stories and art so much that little or no changes would be necessary when the Code arrived. 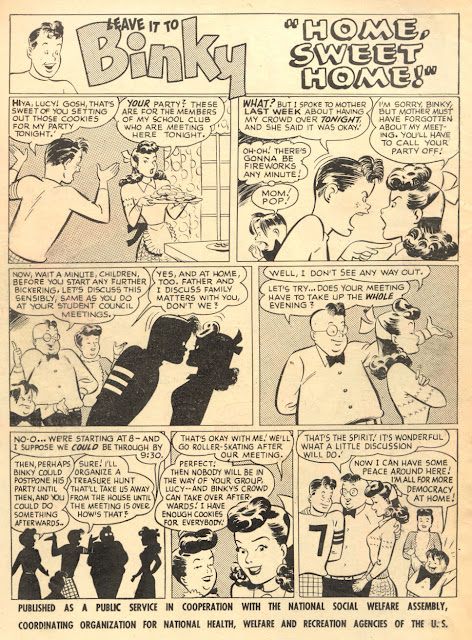 For a company known for its gorilla stories, the one in this Superboy tale is probably the worst-drawn one I've seen from DC. 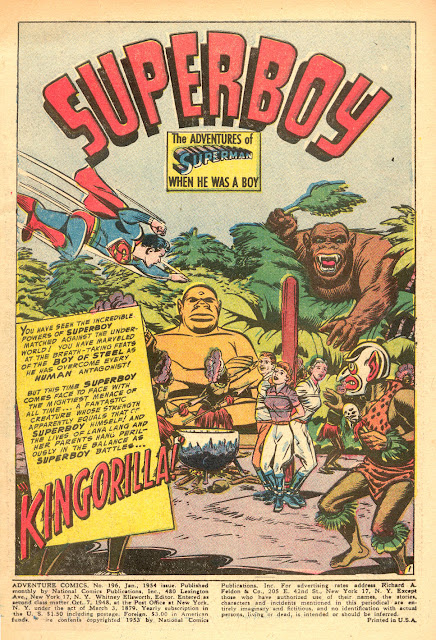 Green Arrow and Johnny Quick had their one-off sci-fi turns so now its Aquaman's turn. 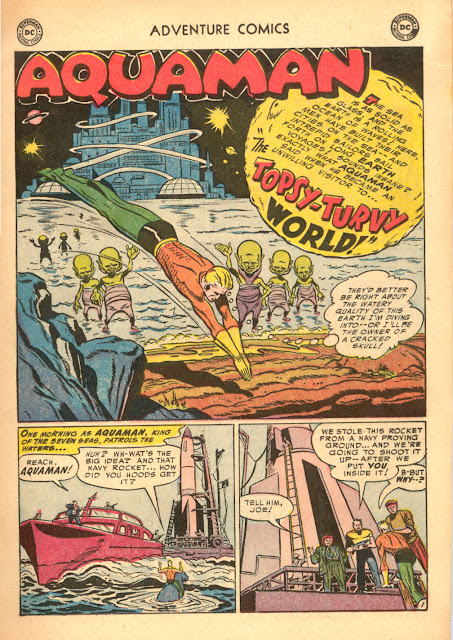 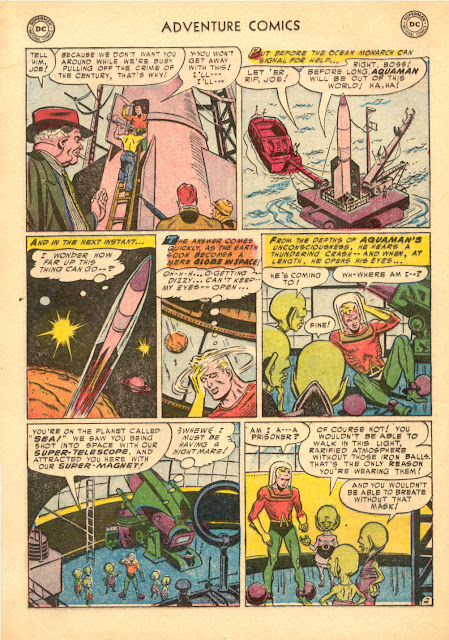 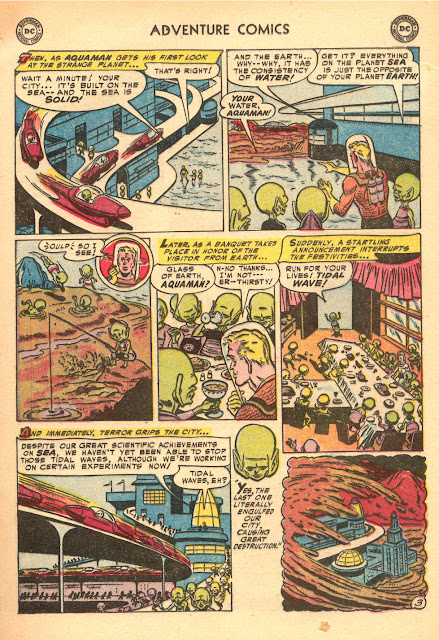 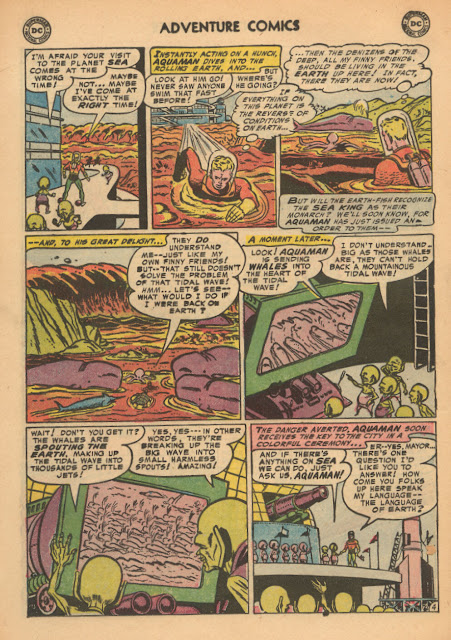 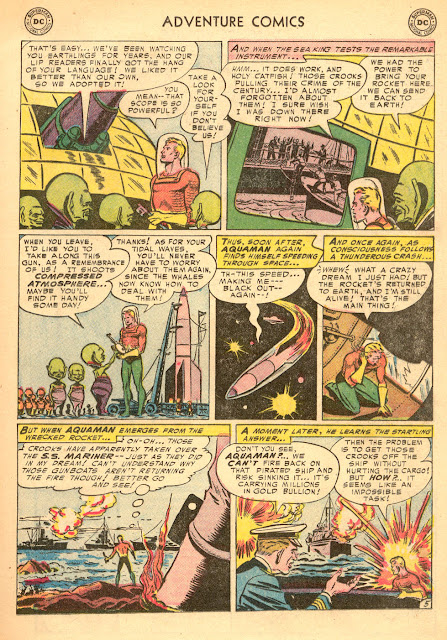 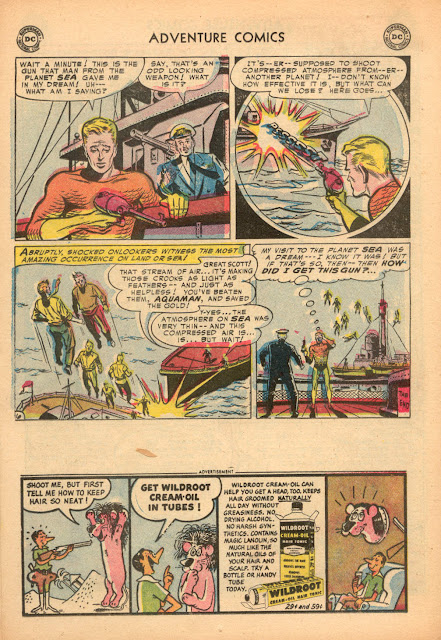 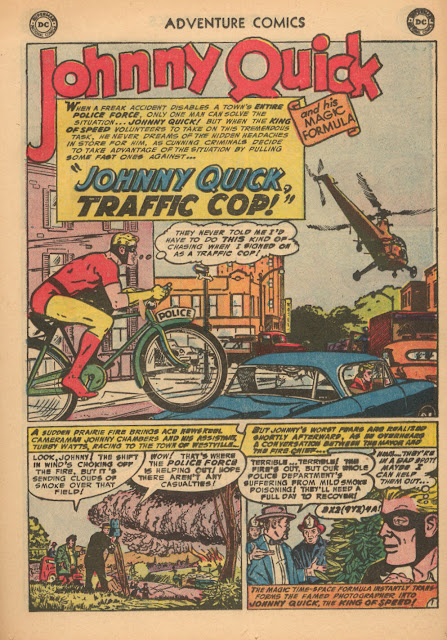 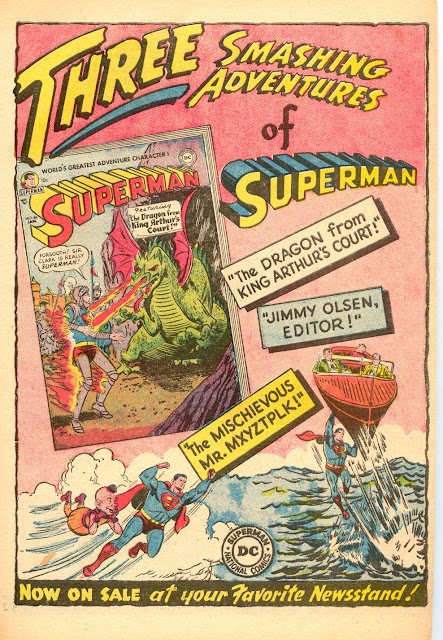 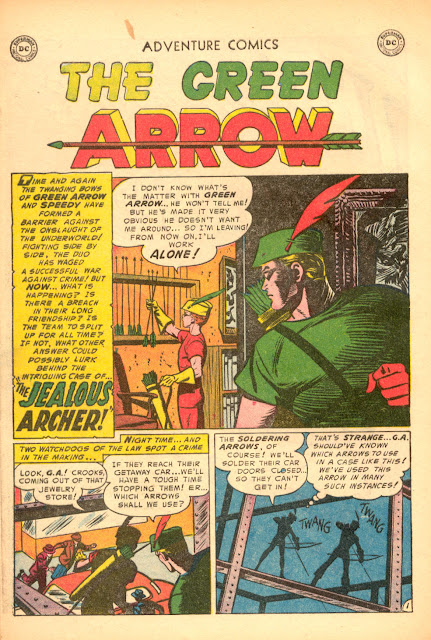