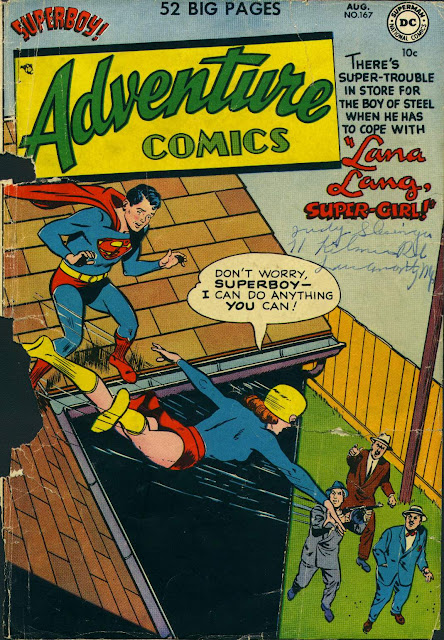 Another Win Mortimer cover, this one illustrating a scene from this issue's story, one of a zillion variations on the "Clark's GF gets super powers" theme. This may be the first time the name "Super-Girl" is used. The story itself is fun, drawn by Curt Swan.

As seen in the ad below, DC could still promote their super hero line when they wanted to. The problem was that, with the exception of DETECTIVE and WORLD'S FINEST, what you see here was pretty much it! 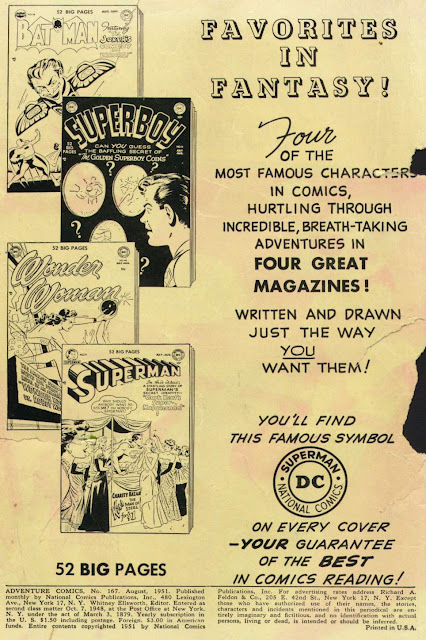 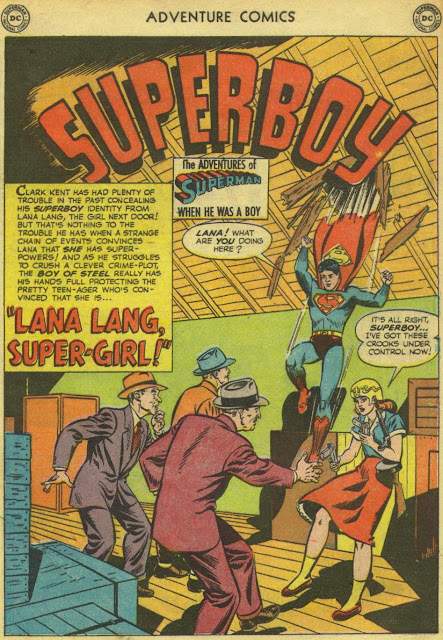 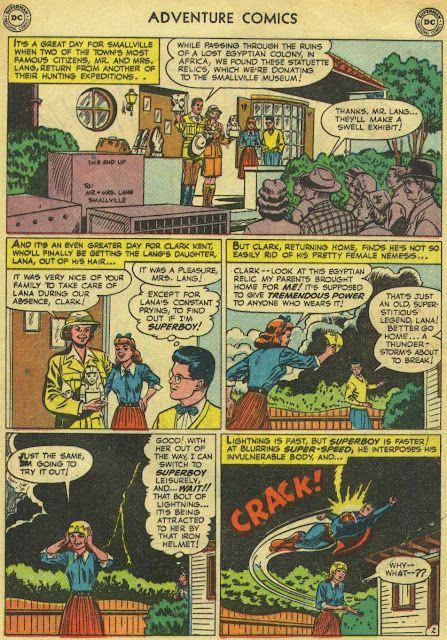 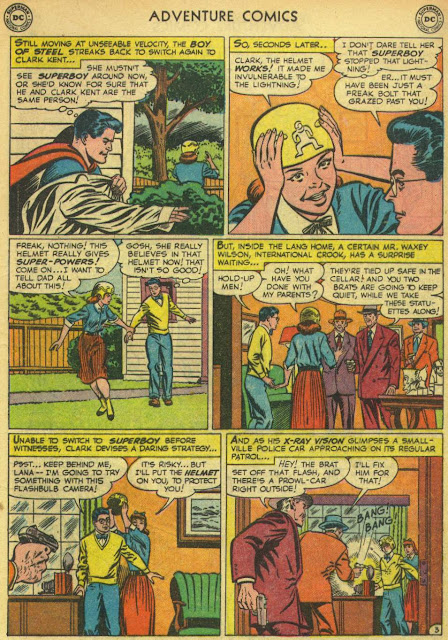 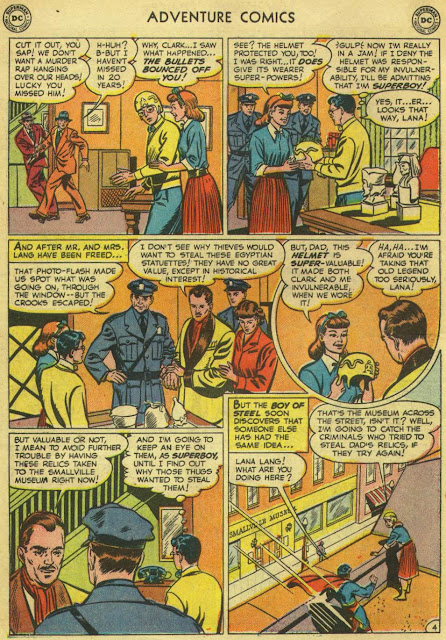 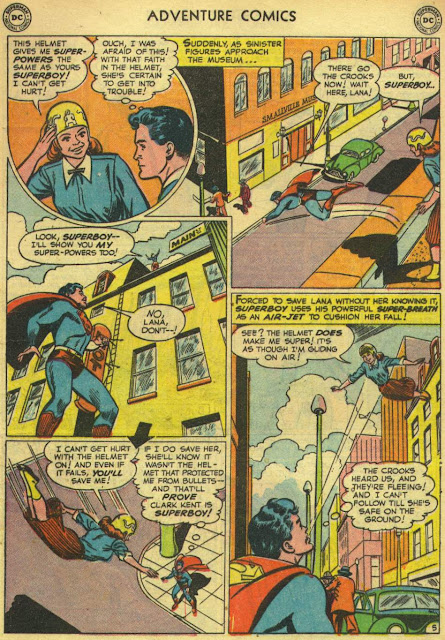 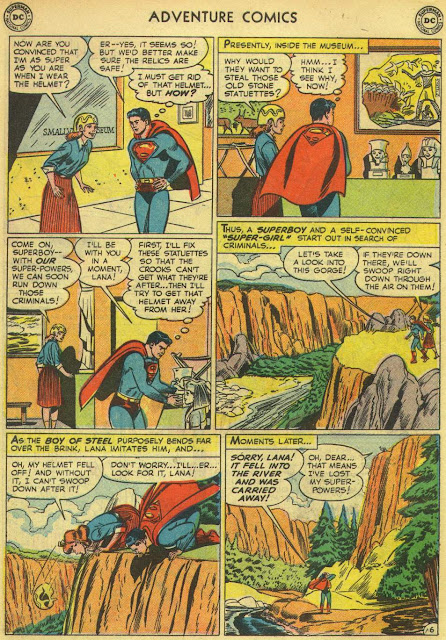 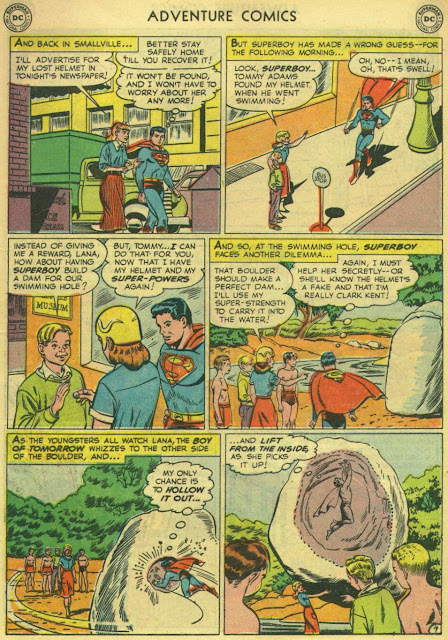 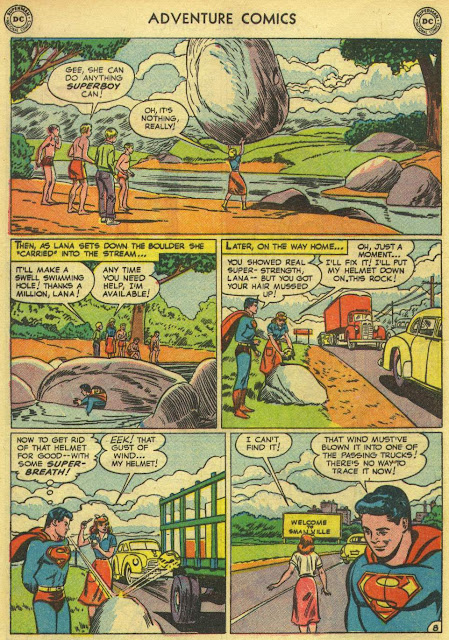 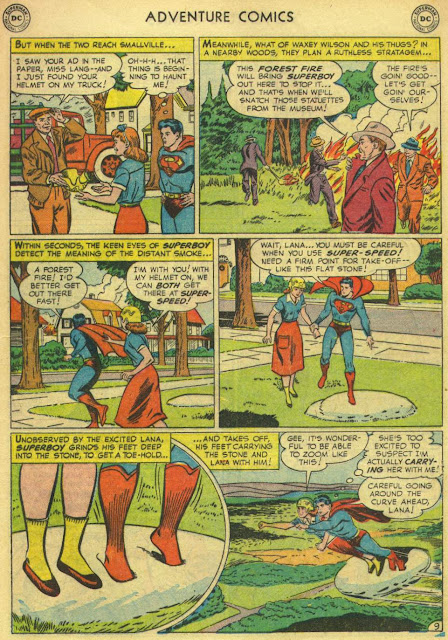 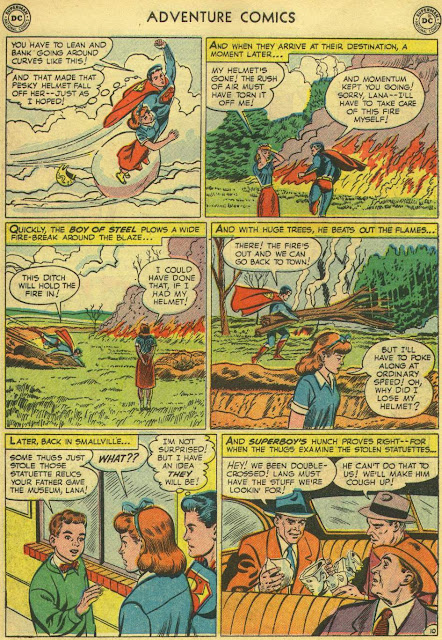 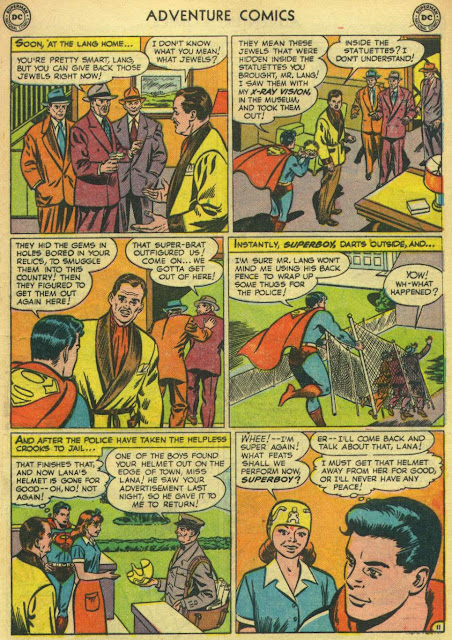 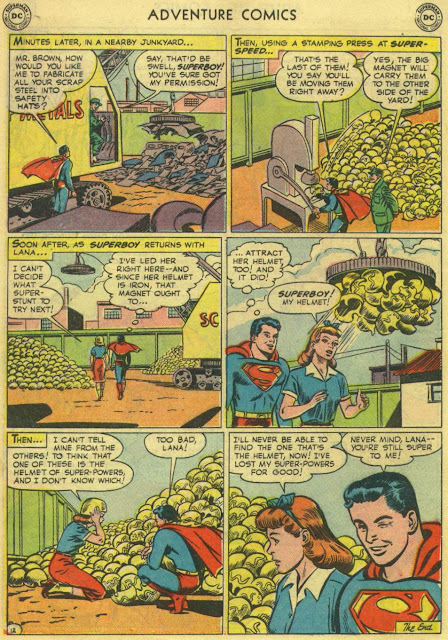 With THE SHINING KNIGHT feature finishing up for good after the previous issue, new artist Ramona Fradon now steps in to take over AQUAMAN where she will be the feature's guiding hand for the next decade when Nick Cardy takes it over! 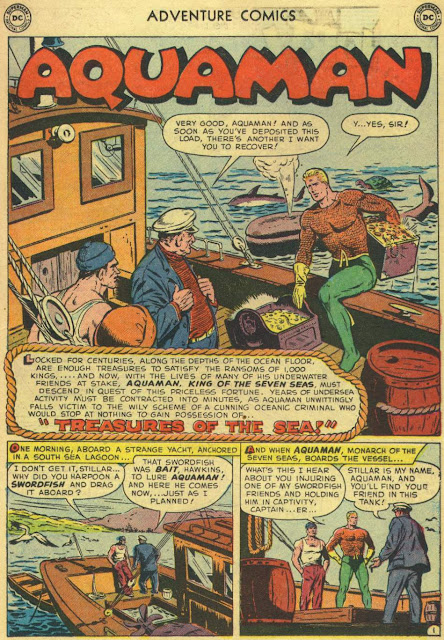 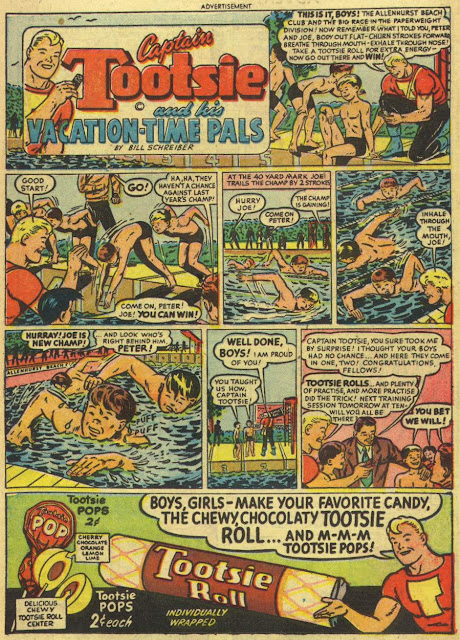 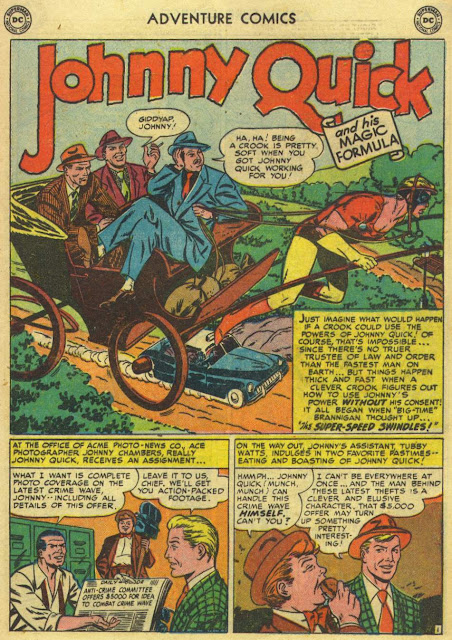 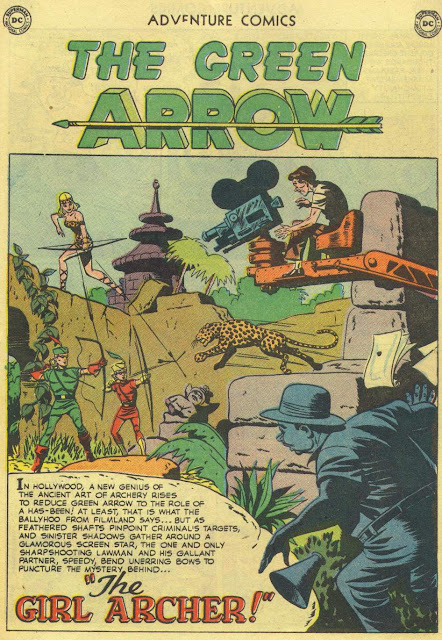 Posted by Booksteve at 7:35 AM