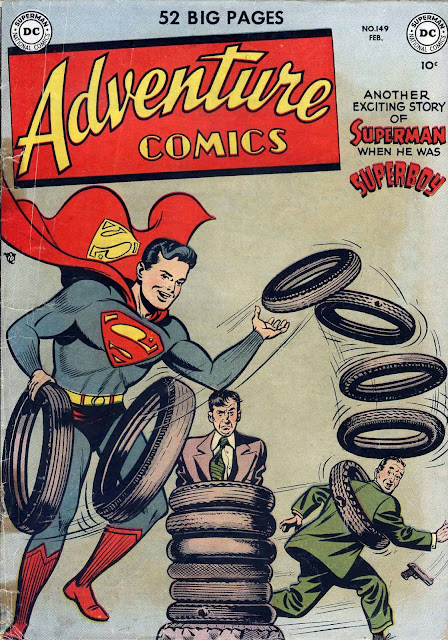 Al Plastino provides this fun cover. I love the expression on the guy in the middle. Note below that DC was touting a recently won award. Comics by this point were under fire from many sides for violence and the company was doing anything and everything it could to diffuse that as far as their own comics. 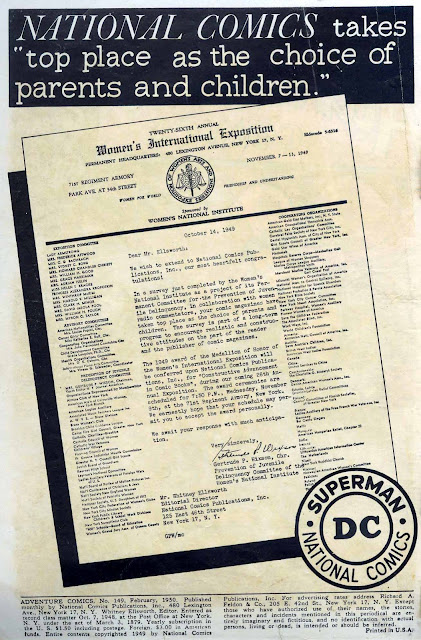 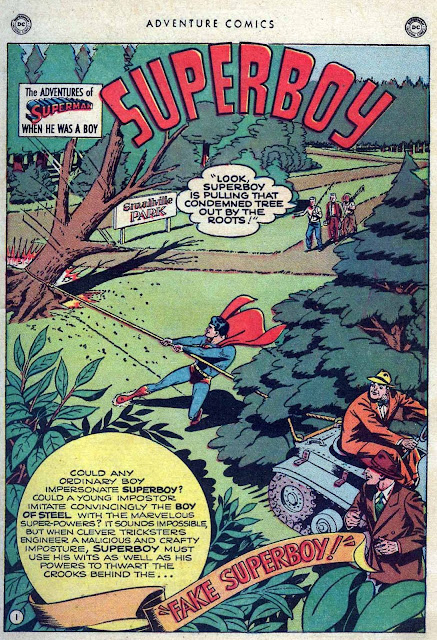 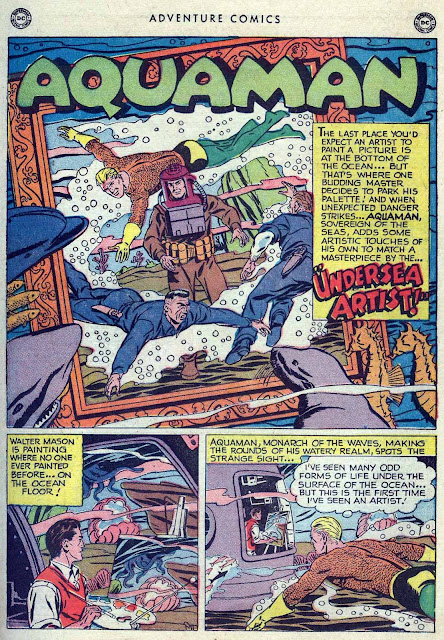 We're starting to get lots of PSA's with superheroes but ultimately DC's BINKY and BUZZY would be used mostly for these. 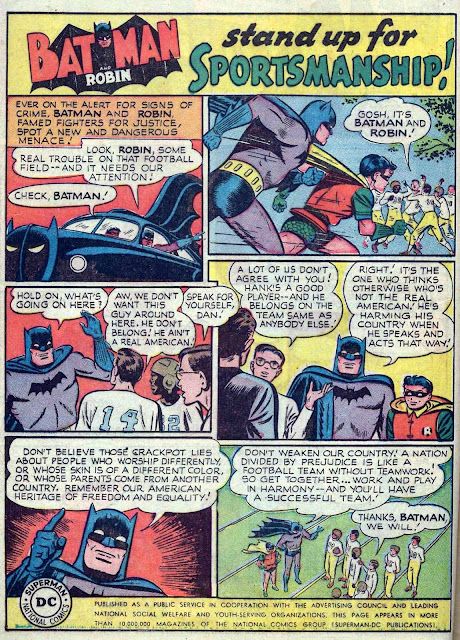 Plenty of room for The Shining Knight this issue but instead we get a biographical piece on author Jack London that would have been more at home in REAL FACT COMICS. Since that title had ended a few months earlier, I'm going to presume this story, drawn by Batman ghost Dick Sprang, was a leftover. 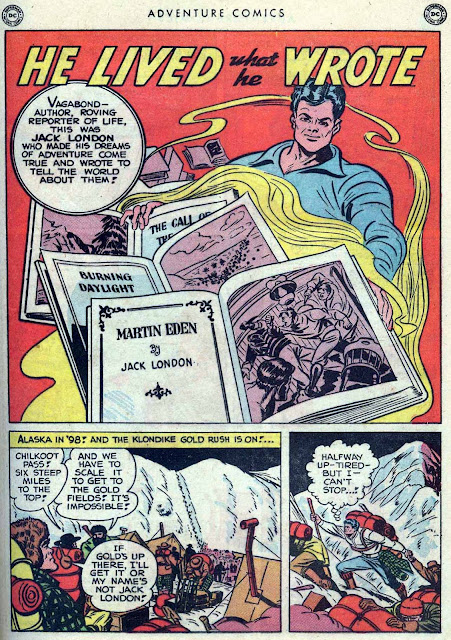 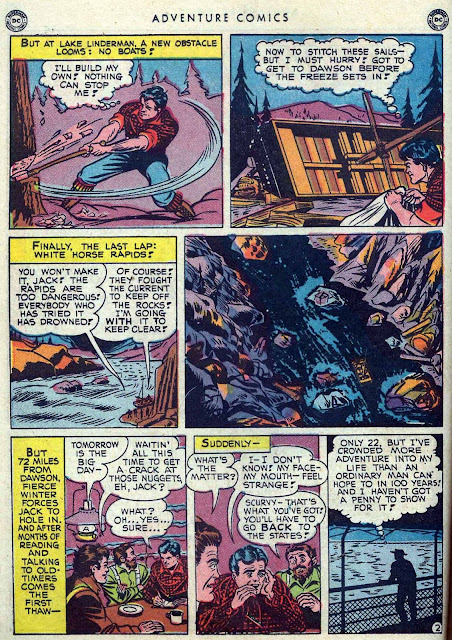 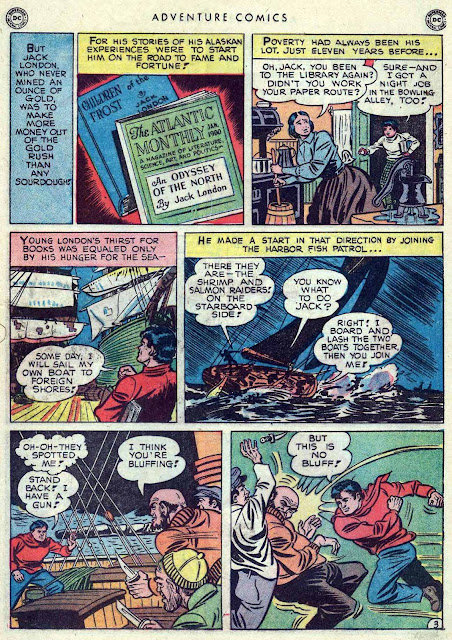 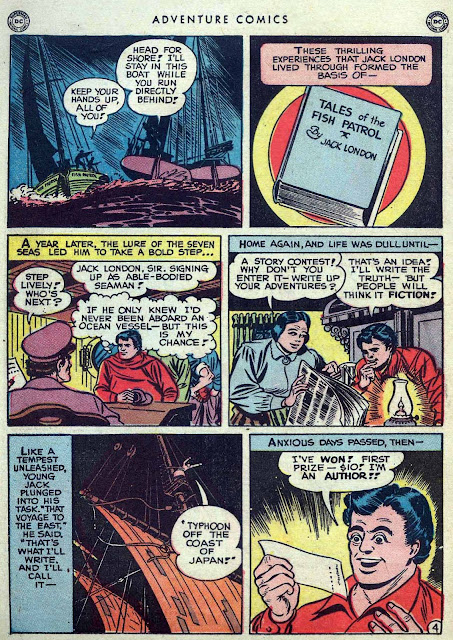 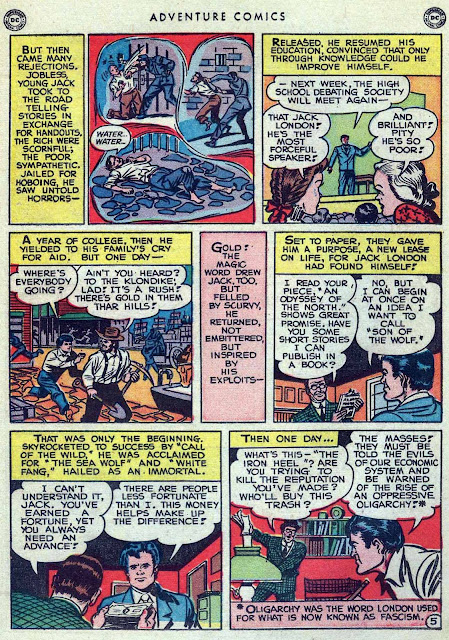 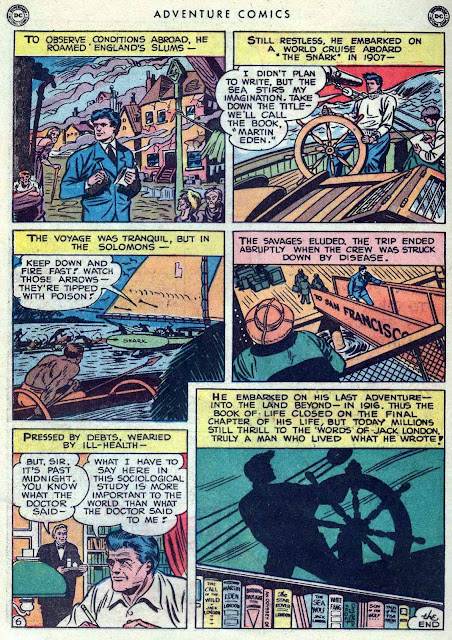 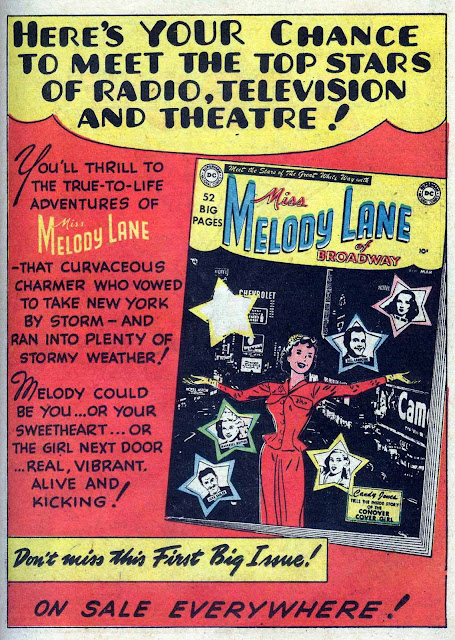 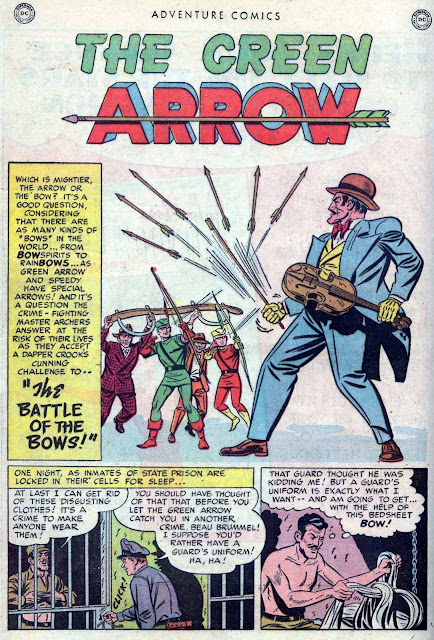 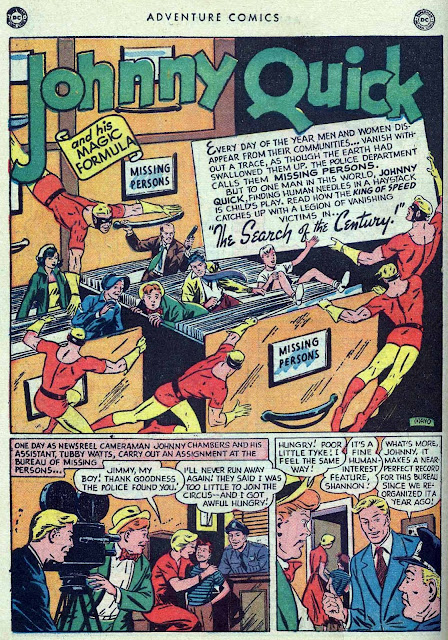