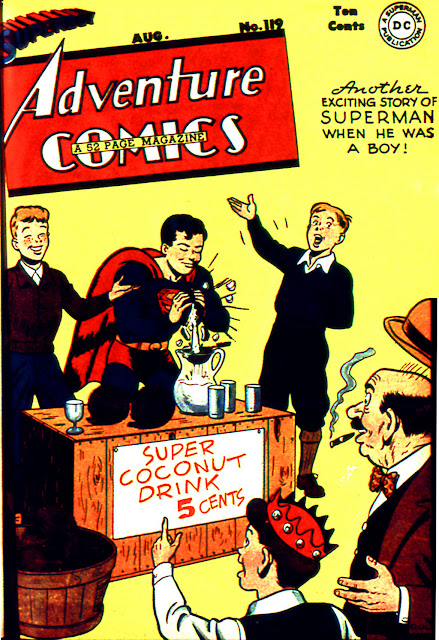 Unfortunately, another really bad scan for this issue so we'll just gloss over it. Too bad because there's a cute superboy meets girl story and the third appearance of Green Arrow's Joker-clone, Bull's-Eye. Some really good Meskin art on Johnny Quick, also. 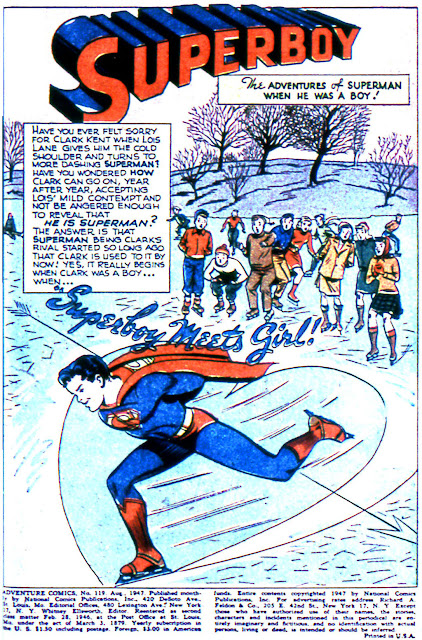 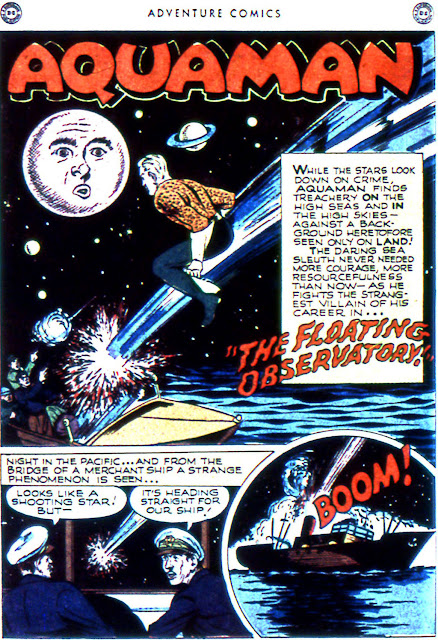 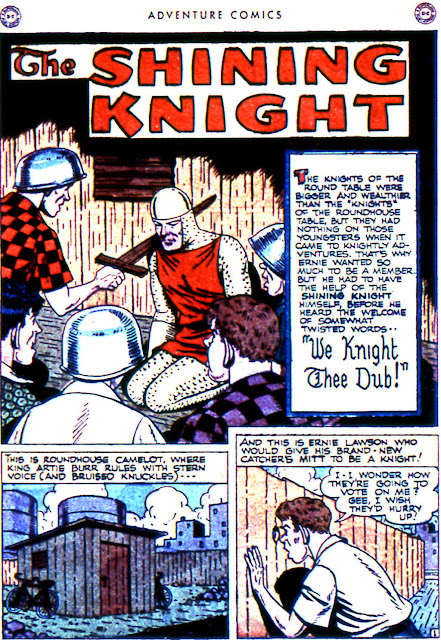 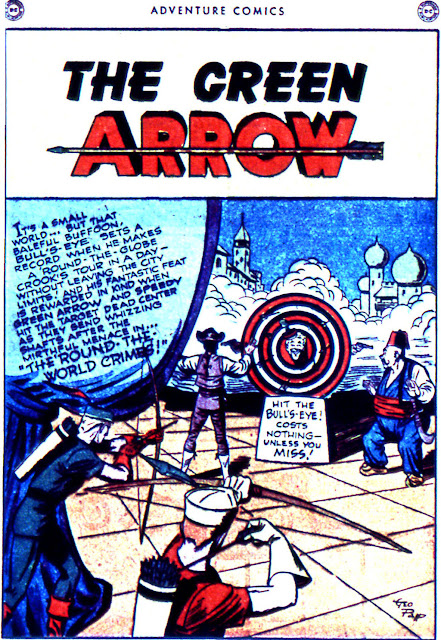 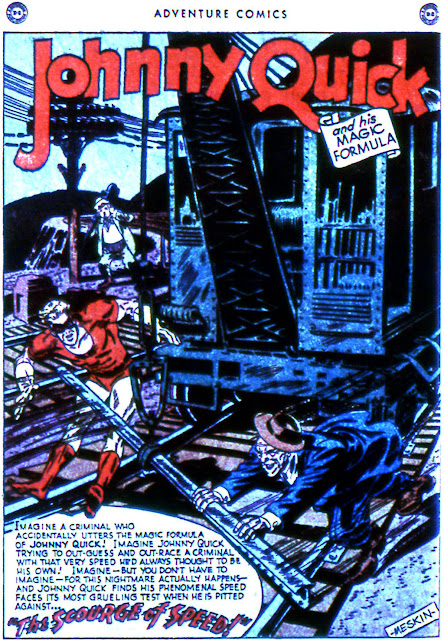 These Sam Spade comics ads for Wildroot Cream Oil began appearing around this time in connection with the then-popular radio series starring Howard Duff. As Duff and Spade creator Dashiel Hammett became accused of being communists, the comics ads would be replaced by Al Capp's Fearless Fosdick and Charlie Wild, the radio clone of Spade that replaced the original to avoid a scandal. 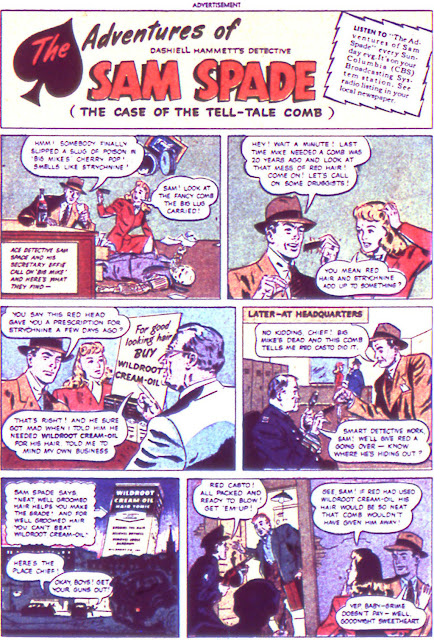