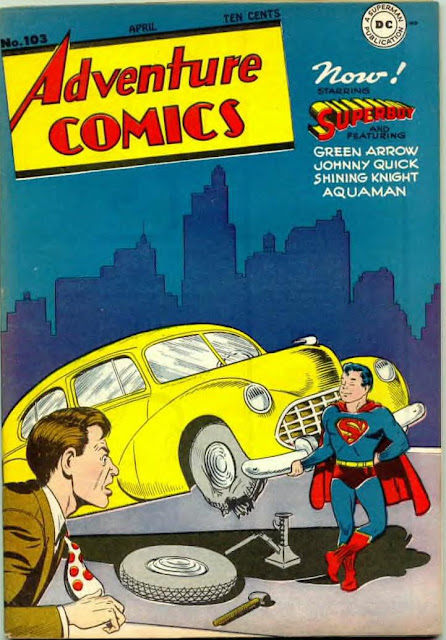 Here we are at the start of a new era. Surprise readers! Not a word in advance nor even any info in the issues themselves. Just...change. Note that the title goes monthly again, too! DC attempted to consolidate  its humor strips and its hero strips separately. Logically,  MORE FUN COMICS seemed the place to install the funny folks while ADVENTURE seemed perfect for the heroes.
Thus, SUPERBOY, a relatively recent addition to MORE FUN who hadn't even been cover featured, took the lead here. Credited to Siegel and Shuster but not by them. (At least I don't think so. GCD lists Don Cameron as writer but says Shuster drew it. The cover looks it but the insides sure don't look like his work to me) In fact, they were soon to lose that credit after their initial lawsuit against DC. Here's the first ADVENTURE Superboy tale. In these early issues, he's much younger than the "classic era" version to come. 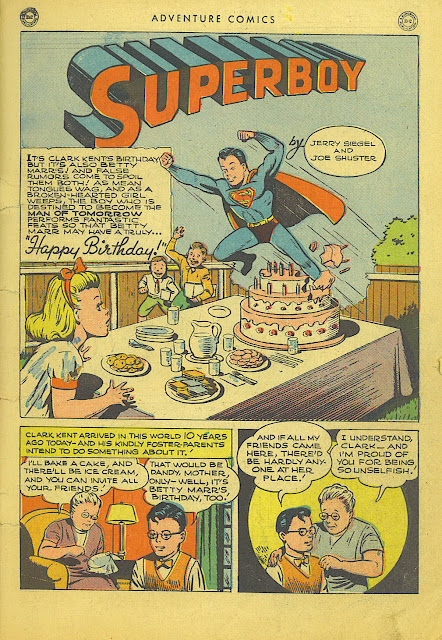 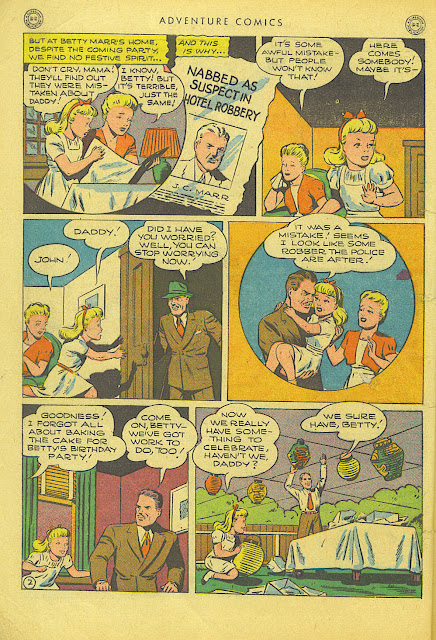 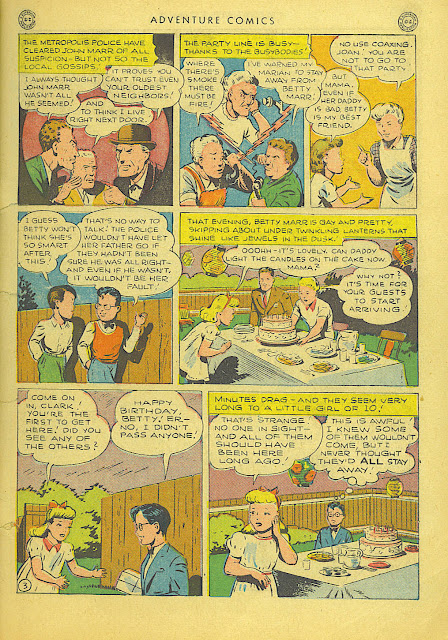 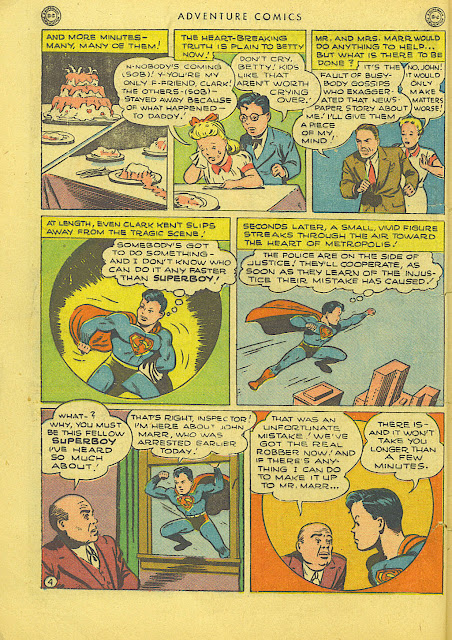 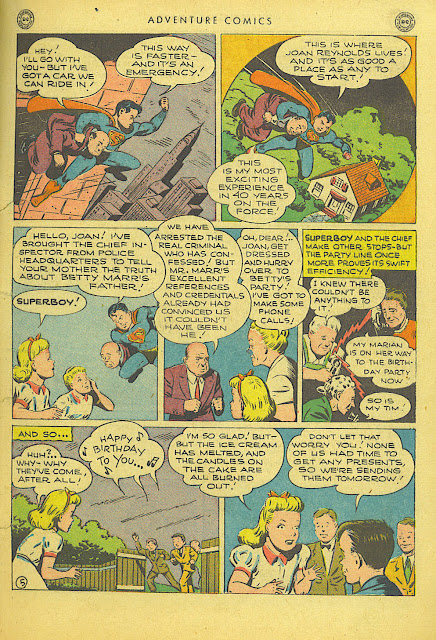 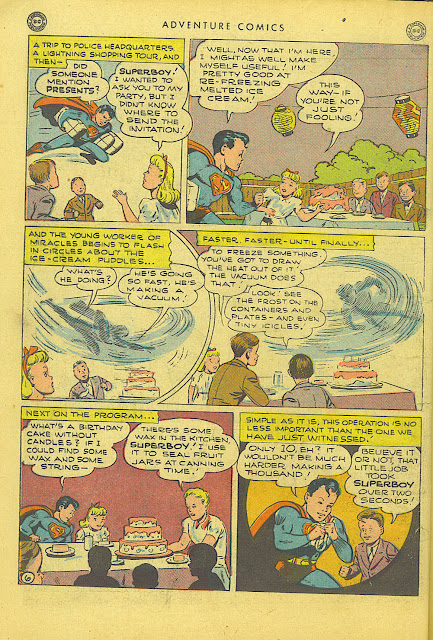 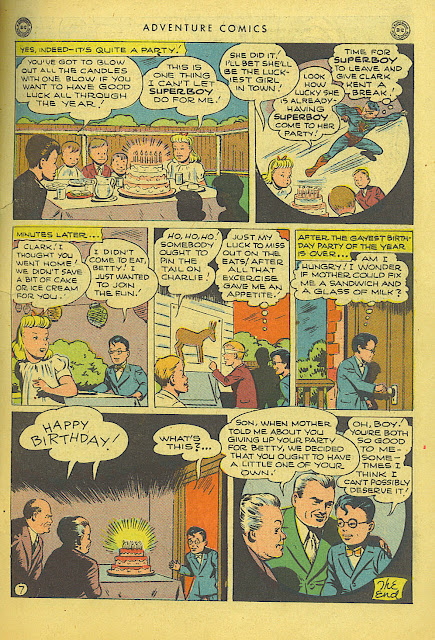 Mort Meskin on Johnny Quick, a variation on THE FLASH that always rather reminded me of Plastic Man in his relationship with his chubby sidekick. Quick's magic formula? 3X2(9YZ)4A 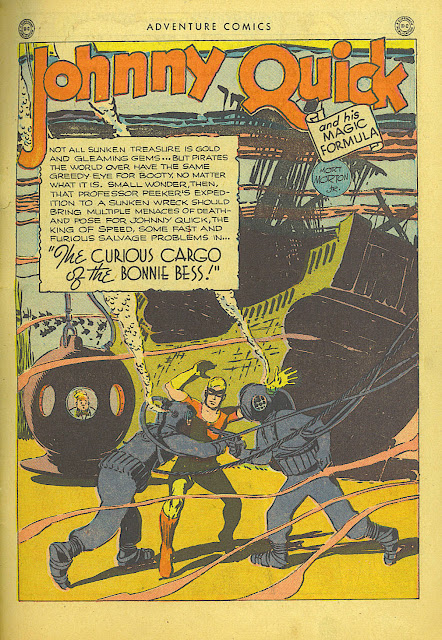 The Volto ad strip remained from the old days, too! 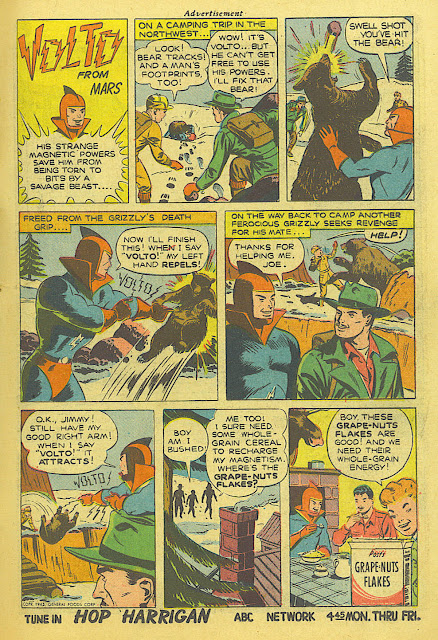 Aquaman was a latecomer to the ranks of the DC superheroes and, along with fellow ADVENTURE crimefighter Green Arrow, he would continue straight into the Silver Age under the radar compared to the better-know Batman, Superman and Wonder zWoman who are oft-cited as the sole characters to do so. At this point Louis Cazaneuve was on the art chores. 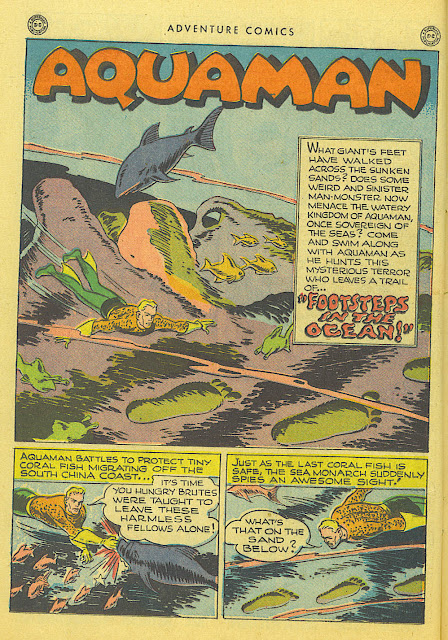 Sir Justin--the unlikely choice to be last man standing from teh glory days of ADVENTURE but here he is...and here he'll stay for now, with great heights yet to come! 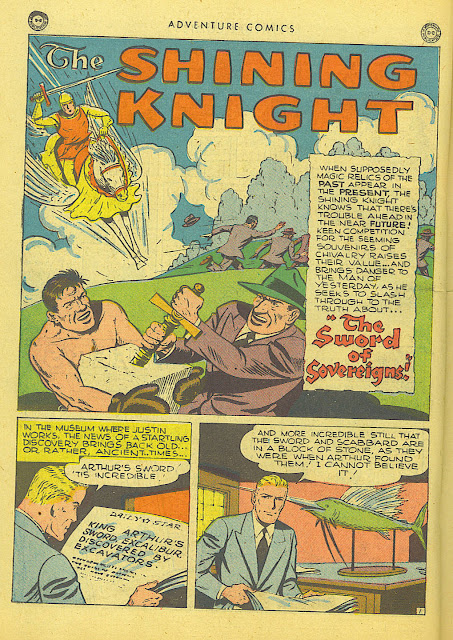 GA and Speedy were basically Batman and Robin with arrows for years and it's virtually impossible to reconcile this version of the Emerald Archer with the later, bleeding heart, neo-Socialist, hot-headed, bearded version of the character. 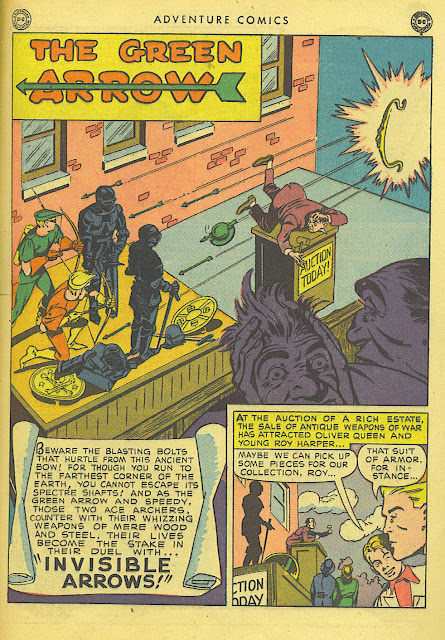 Meanwhile, Genius Jones was being welcomed to the pages of MORE FUN right on the cover. He would settle in there for a comfortable fit for the remainder of his career. 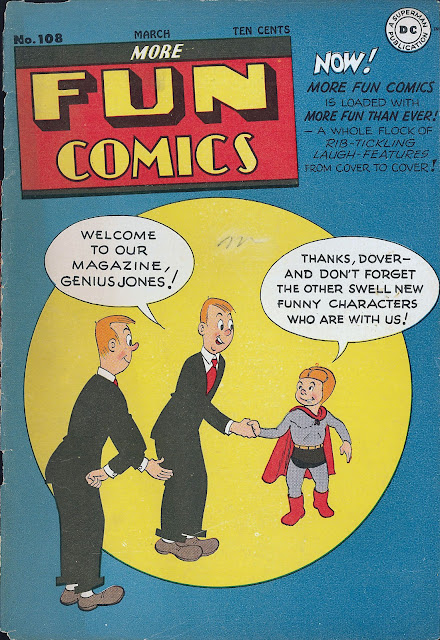