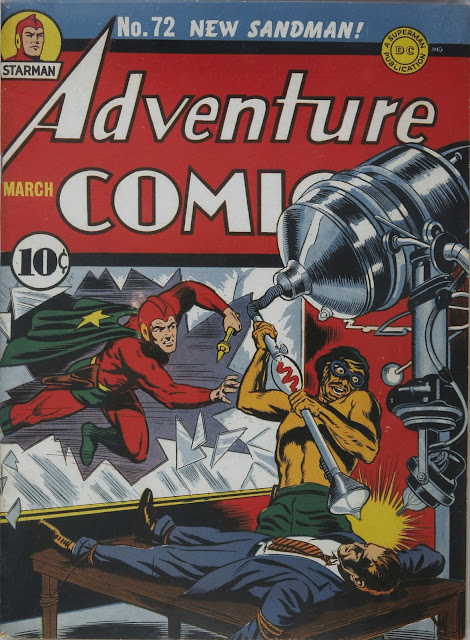 The cover makes at least a brief note of the big change this issue when it says "New Sandman!" See below for what's new about him. 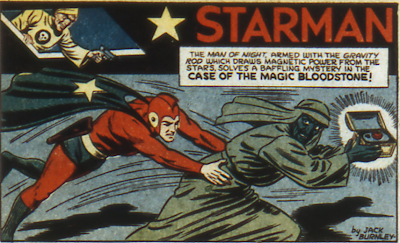 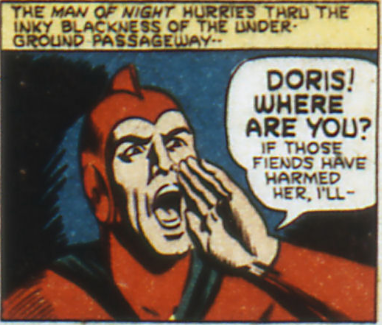 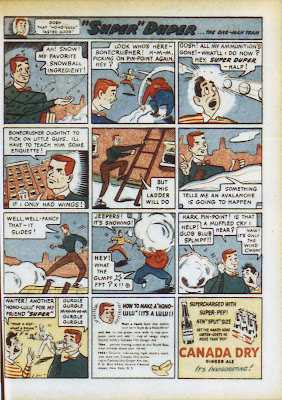 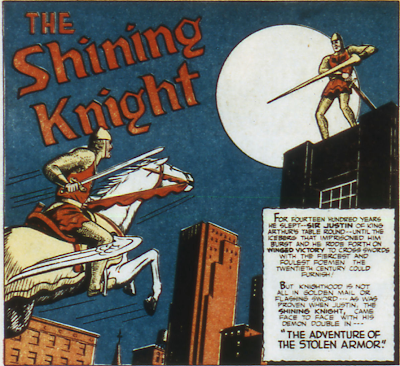 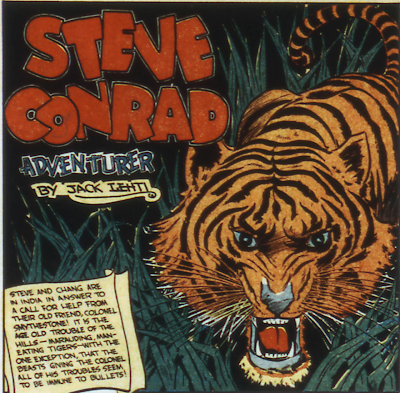 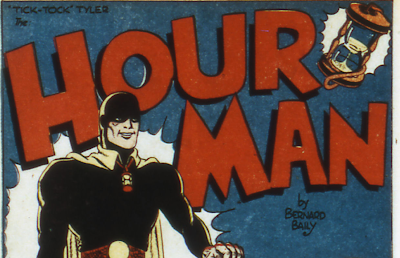 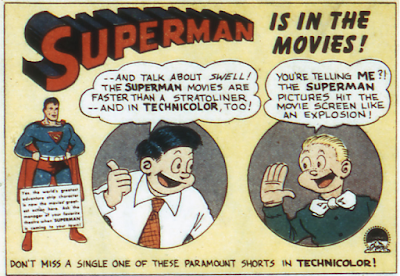 This will be the final tale of PAUL KIRK, MANHUNTER. Well, this version anyway. As noted previously, the upcoming costumed version is not considered to be the same character in spite of the fact that, except for next issue, he is also called Paul Kirk and his costumed identity is MANHUNTER. Pardon me if I DO consider it to be a variation on the same character. Sad to lose the wonderfully smooth art of Ed Moore, though. Moore would go on to do some crime comics for Timely and later Atlas before drifting into newspaper strips as an art assistant. 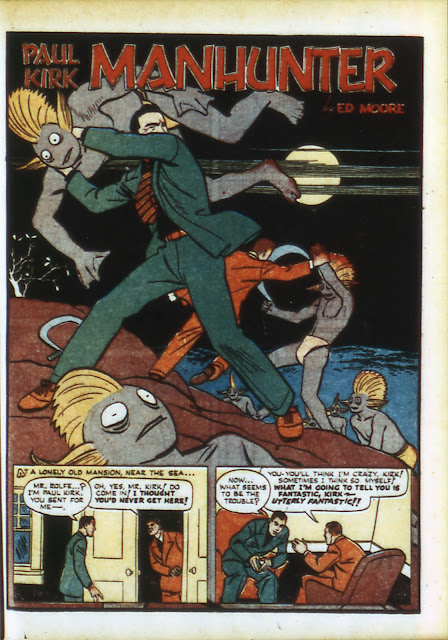 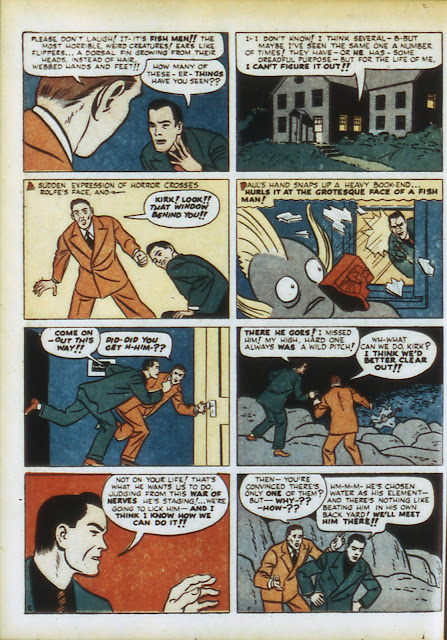 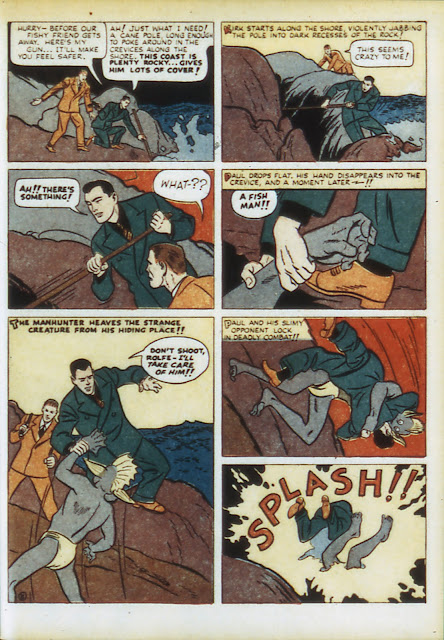 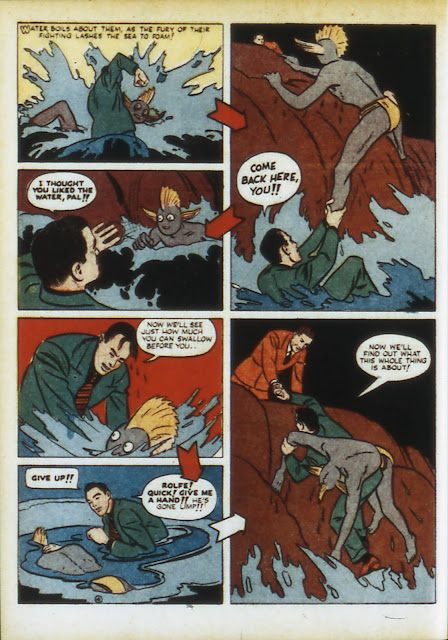 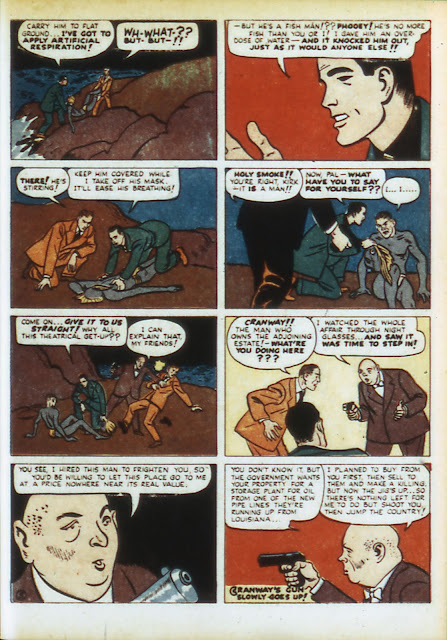 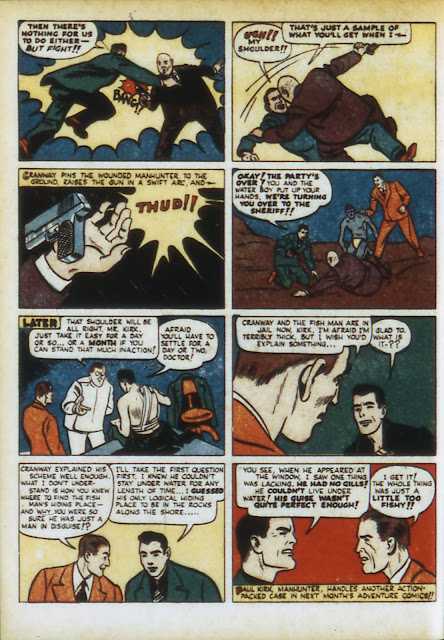 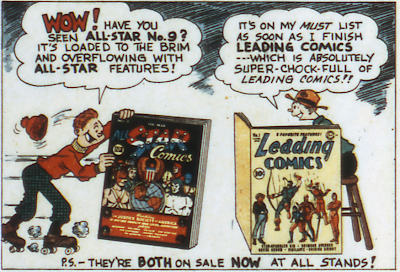 Oddly colored but the change in art and writing style is jarring as Joe Simon and Jack Kirby move from Timely and CAPTAIN AMERICA to take over THE SANDMAN and turn it into one of the most kinetic and exciting strips then being published by any company. Our hero is still Wesley Dodds but he is light years away from the noirish caped playboy with the gas mask and the hat. 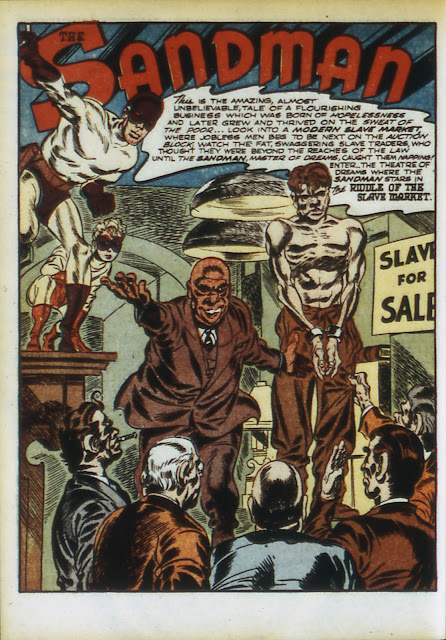