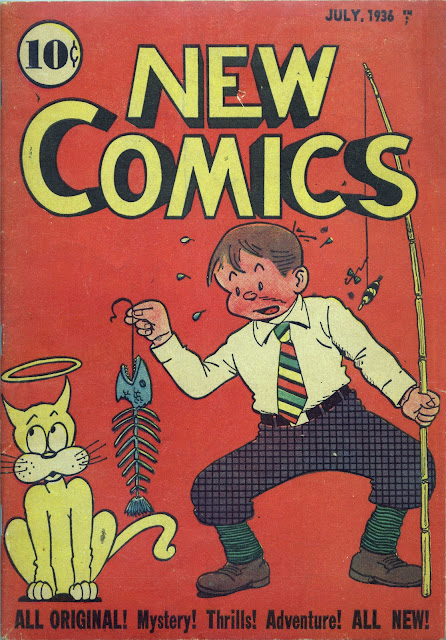 Looking at the editorial statement this issue shows that they considered the lettering a major selling point! Good eyesight would, of course, be necessary to read such a big comic, after all. Oooookay. 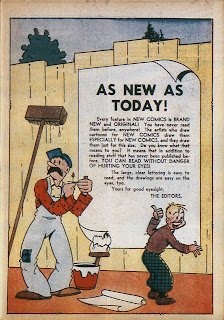 Lots of continuing strips as usual. Looking at a few, here are some observations:

First of all, we still aren't given as much a s a hint as to who Dale Daring is and why she's getting herself in so much trouble. Now that she's hanging out with the guy that rescued her from the fire, though, she seems more like a traditional girl sidekick than the heroine.

Our ol' pals SAGEBRUSH 'N' CACTUS continue their quest for a killer but starting with this issue they do it under a brand new title, CAL 'N' ALEC. Their art still isn'y very good, though.

SANDOR continues to be perhaps the most exciting adventure strip in the book.

The movie pages deal with animal stars, Ginger Rogers and Shirley Temple and point out the fact that actor Richard Dix has been in pictures for 15 years...longer than anyone else then in the business. This, of course, seems to ignore Buster Keaton (since 1918), Charlie Chaplin (since 1915), Stan Laurel (since 1917) and probably others still active at that time. AMOS 'N" ANDY are highlighted on the radio page. 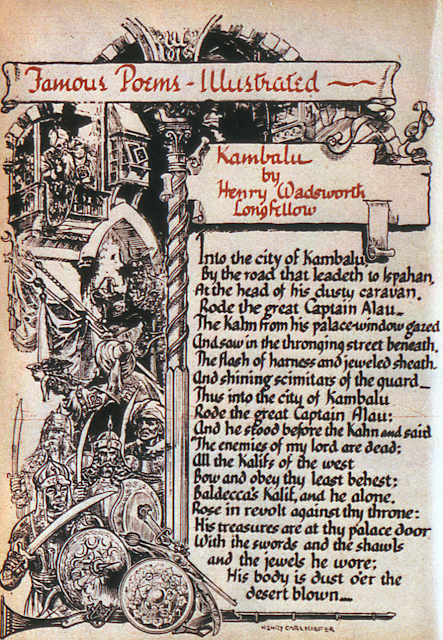 Sven Elven begins a particularly wordy adaptation of H. Rider Haggard's SHE (nice big, easy to read letters, though!) and H. C. Kiefer's illustrated poetry, one page of which is seen here, is quite lovely and intricate.

RUSTY, by Hal Sherman, gives every impression of a couple of unfinished pages, lightly sketched by the artist with every intention of going back and filling things in, spotting blacks and finishing the images.  Except, no...this was the finished product. 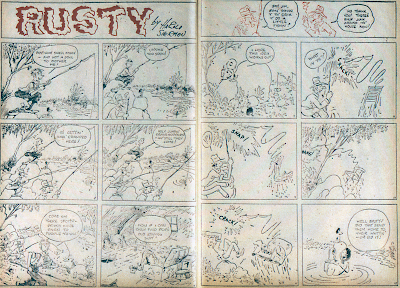 THE GOLDEN DRAGON is a new strip with Tom Hickey channeling Milton Caniff as so many did in those days. 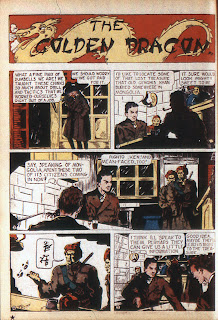 No real excitement in the other strips, most of which continue apace here. working their way toward next issue.
Posted by Booksteve at 12:04 AM