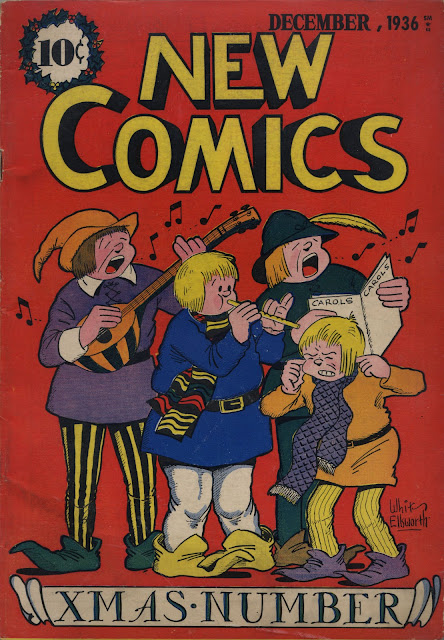 Well, we've come to the last issue of just plain NEW comics. Apparently that wasn't enough to sell the product anymore. One had to specialize. But that would start with the following issue. This was yet another holiday issue. (Note that the use of "Xmas" was not really all that recent.) It's also yet another issue where not much happens in our regular features so let's take a look at some choice panels from what's there.

The required Statement of Ownership appears in this issue and states that NEW COMICS, THE INTERNATIONAL PICTURE STORY MAGAZINE is a publication of Nicholson Publishing. 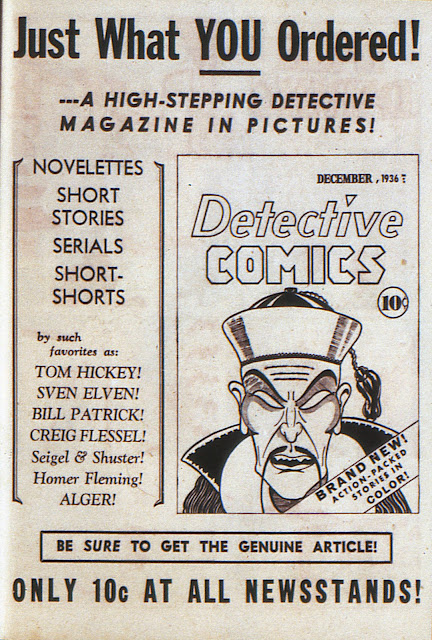 The most interesting thing this issue, though, is a full page ad for the brand spanking new title---DETECTIVE COMICS cover-featuring Sax Rohmer's Fu Manchu. That would change. Note that even then Jerry Siegel was getting no respect as his name is misspelled. They got Creig Flessel's oft-misspelled name correct but they messed up Jerry's! 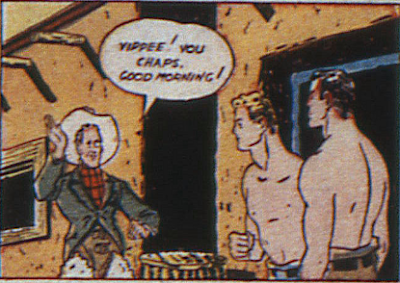 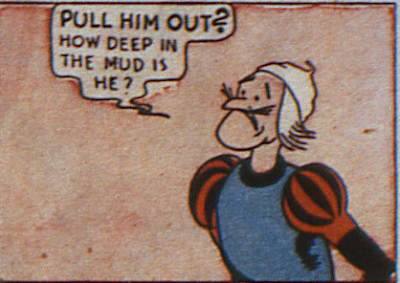 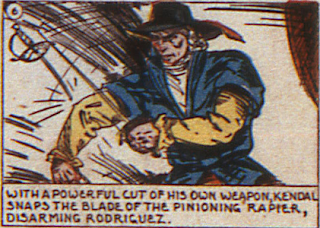 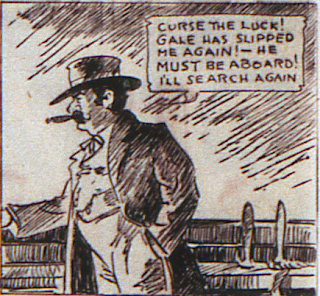 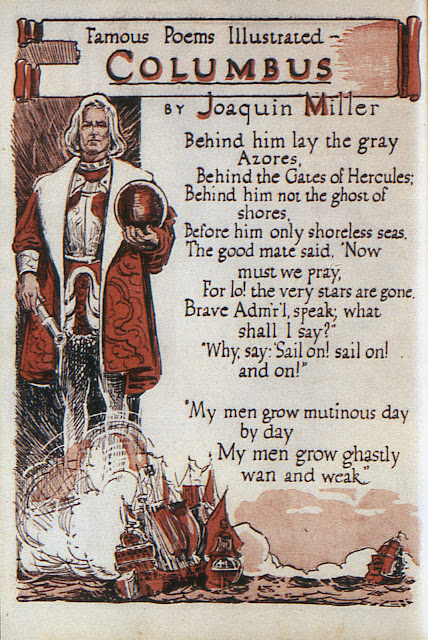 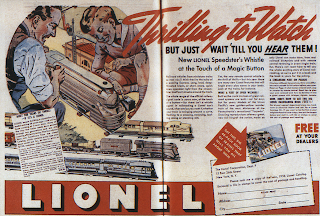 Lionel Trains were a major part of Christmas for countless Americans in the 20th Century so it's fitting that this ad---one of the first interior ads to appear in NEW COMICS, was in this Christmas number. 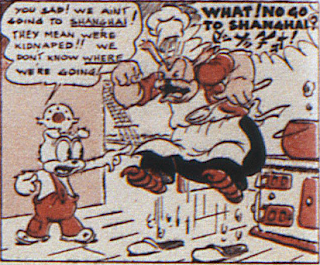 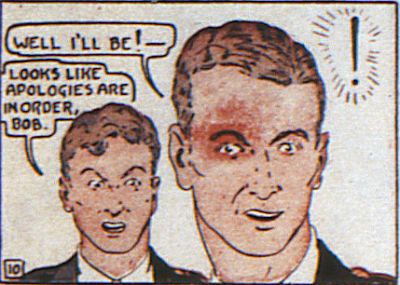 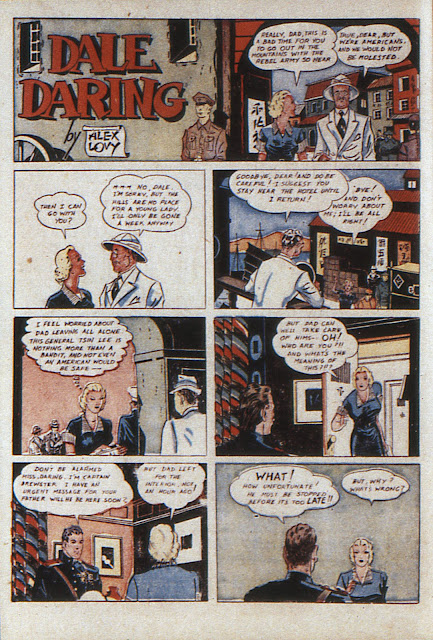 Hey, DALE DARING is back in color again but more interesting is that she's now credited to Alex Lovy. Lovy would soon be an animator for Walter Lantz cartoons. He would make the rest of his career in animation in fact, working for Hanna-Barbera as well as being the man behind the last ditch efforts of Warner Brothers cartoon division in the late sixties. Yes, he created Cool Cat and Merlin the Magic Mouse. 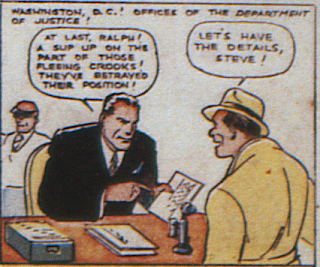 Both with Steve's profile and Ralph's outfit, Siegel and Shuster's FEDERAL MEN was here looking quite a bit like DICK TRACY.

Next issue: NEW ADVENTURE!
Posted by Booksteve at 12:13 AM